The Mystery of Boy's Clothing

While I'm the mom of a girl, I wasn't shy to shop for her in the baby boy's clothing section or later as a toddler. The boy's section has non-glitterized clothing, solid colors, and superheroes. One of my daughter's favorite pajama sets was a Superman one with a cape. You can't find that in the girl's section. 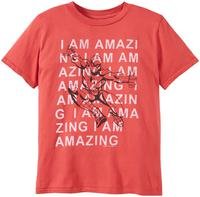 Recently an 8-year-old girl made this discovery and her mom made a video of her disgust. Not only did she realize that boy's clothing has stronger language on them, but girl's clothing has some pretty dumb messages.


Daisy begins her spectacular rant by gesturing at the girl’s shirts. She says, “Well, the girl’s clothes say “hey,” “beautiful,” “I feel fabulous”.” She then points out the shirts in the boy’s section. “The boys — “desert adventure awaits,” “think outside the box,” “hero.”” 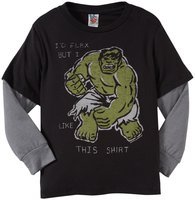 And then there are times when boy's clothing have messages that are disgusting and insulting to girls. Forever 21 sold boy's clothing with messages about only dating models before a backlash forced Forever 21 to pull them. In recent years we have seen the GAP market boy's clothing as smart and intellectual, while girl's clothing gets the cute treatment.

The divide between boy's and girl's clothing has become an issue not because of what we print on them, but as we become more open to kids blurring the gender clothing divide. Much is still speculated about Shiloh Jolie-Pitt. Does Shiloh go by John? Is Shiloh transgender? Or does Shiloh just really like to dress up in suits?! 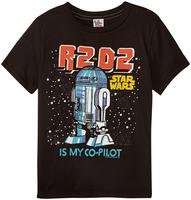 I think too many people see girls wearing suits as a rejection of femininity, but I've seen some deliciously feminine suits for women! In fact, the best suits for girls and women are fit to our bodies. And flip for boys who want a little glitter on their dump trucks.

I forecast in the near future seeing children's clothing no longer labeled boy's or girl's, but rather we'll sort them by attribute: color, glitter, nature, superheroes, etc. This will allow for a parent to shop for a green tulle skirt to go with the Incredible Hulk tee. Or maybe some cargo shorts to with a sparkling Wonder Woman tee? And who cares which gender is wearing either of those outfits!


“This post is a partnership with Nakturnal."
Labels: parenting sponsoredpost