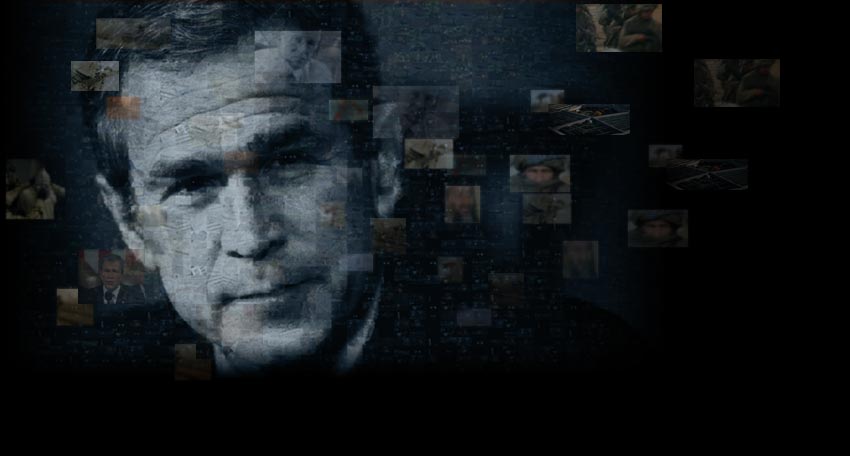 We're only 40 minutes into the PBS Frontline special on "Bush's War" and my heart is broken all over again. The arrogance is sickening. Just sickening. I can't believe that I haven't puked. I'm surprised I'm not crying my eyes out. The arrogance, lies, and that smirk. That fucking smirk. Oh how the press kissed their asses and now they have an arrogance about a wrong war. The media needs to be brought up on war crimes too. Just like Cheney, Rumsfield, Bush, Rice, and the others. Blair and Powell are living their punishment, IMO. They let the others play them, run over them, and they know they were right to focus on Afghanistan. People still talk about Powell with reverence - VP, President...I can never trust that man again. Go teach others how to deal with war mongers.

The saddest thing of all? The lies we sold the Afghan people, especially the women and girls. There are many a day when I think I can justify the invasion of Afghanistan, but most I still can't justify the harm we did to the women and children.