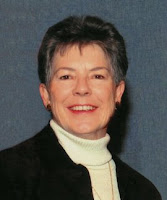 This week's Work it, Mom! post is about the Phoenix Country Club highlighted in the NYTimes over the weekend and Martha Burk's work at Augusta.

In 2002 a woman named Martha Burk burst into our living rooms and challenged everyone to decide if private country/golf clubs that exclude women were discriminatory. Many responded with a quick no. They are private! was the largest chorus in the responses. Of course, our 15-second media didn’t allow for much discussion of why Burk thought that these clubs were discriminatory. For her stance, Burk was harassed and threatened - The FBI were called out to ensure her safety when she protested outside the Augusta National Golf Club for not allowing women to be members during the 2003 Masters. Her suggestion that Tiger Woods should be taking a stand upset a lot of golf fans on top of criticizing one of golf’s most revered tournaments. I fielded a press call as a board member of a local NOW chapter with this quote:

Read the rest at Work it, Mom!