"Women are not building-brick toys" 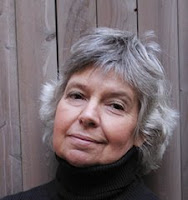 Robin Morgan is at it again...

The Women's Media Center just released her latest op-ed on the election:

I screwed up. I started writing this weeks ago as a Letter to Undecided Women Voters-especially those still scarred by the profound misogyny battering Hillary Rodham Clinton in the primaries. But headlines kept breaking and I kept adding stuff until the piece threatened to become the Black Hole that ate the Electoral College. By now, my short tolerance for willful ignorance is as spent as Wall Street while socialism-Republican-style tries to nationalize it. But it's hard to know where to start. So many dolts and liars, so little time. So much to cover. This essay needs lists.

Since feminists are reluctant to criticize a woman (as much from a healthy fear of headlines screaming, "Catfight!" as from sisterly sanctity), I offer:

· Ten Blunt-Crayon Hints for the Media

Finally, for those many of us still so hurt that we came this far (and this close) only to be told yet again: Sorry, you won't make history this time-here are:

To read Robin Morgan's piece in it's entirety, click here.

One of the many fab things of being a part of the Women's Media Center's family now is that I got this op-ed last night. Thus I was able to read it, stew in it, and sleep on it. And honestly I'm still torn.

I love Morgan's passion, but I am seriously struggling over the idea of whether or not there is such a thing as conservative feminism. We have radical feminism and a whole bunch other streams, but can we really have one that fits the likes of Palin, Fiorina, & Matalin? Is Senator Snowe a feminist? Is it a party line we are drawing or a policy line? I know it's much more than just the abortion question.

I love, love, love that Morgan has given us a quick history of McCain's anti-feminist/anti-woman ways. Tailhook! I forgot about that! How many young women even know what it is. Where's that made-for-tv movie?

The bottomline is that Morgan is correct. Neither side should ever think that they can replace one woman for another. The women I know & I support women who support women's issues, not because they are women.
Labels: feminism politics