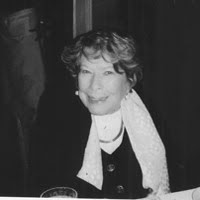 Marilyn French, acclaimed author of "The Women's Room" died on May 2, 2009 months before the release of her last novel, "The Love Children." In some ways it is poetic that this is her last novel. From what I have heard from women whose lives were touched by "The Women's Room," this last novel is a good capstone on French's legacy. The novel revolves around the life of Jess Leighton, a teen whose life epitomizes the changes brought about by the anti-war, feminist and civil rights movements of the 1960s and 1970s. 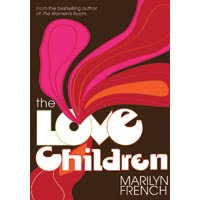 Part of me didn't like this novel at all. I felt the conclusion was too weak and sad. Yet after stewing about the novel for a few weeks, I think it may be one of the most honest ways to answer the question, "What did happen to all the former hippies and flower children? How did all those changes impact the youth and their life decisions?" The answer just might be, it wasn't pretty.

As a Gen Xer, whose own generation is blazing our own paths, and peeking over my shoulder to the generations behind me, I see it all too clear now. The generation of "The Love Children" broke with "tradition" so cleanly that we can never go back and in the process we lost any roadmap to life. Yes, we still have traditionalists who long for those glory days, but we all know that we won't go back. We have eaten from the proverbial apple.

Jess' struggles and challenges work to demystify that era. Having your mother embrace the feminist within her can be daunting to a teen, especially when she must face the asshatery of her father when he decides to take out his frustration on you thru verbal abuse. Entering college is head spinning enough but add to that the polarizing politics that including being anti-war to radical lesbianism and you have one confused liberal young woman. Now here is where I thought that things got to be too much like a caricature, but I put my feminist historian's hat on and thought, you know what? Things were crazy messed up back then. The government was doing an excellent job at infiltrating organizations, even if not especially campus organizations, which only raised the suspicions of leaders towards people who looked like they might be moles. After Jess drops out of school and finds herself living on a commune, the last of her youthful idealism is worn away by how easy it is for peace loving pacifists fall into patriarchal roles once some smell the scent of power. Was French disillusioned with that era? Was she tired of my generation's romanticism of that era? I wish I knew and I may email my friend who pointed French's publishers towards this blog.

There are novels and even biographies that post-Title IX, post-Roe feminists may read and think, "If only she had been born in our time, she would had been awesome!" We look at how the woman in the story ended up far short of where we think she should had ended her life. Instead of being a Gloria Steinem or Dolores Huerta, she gave up her writing career to be a good wife. Instead of leading the revolution, she stayed home to raise her children. Jess' happy ending isn't one out of a feminist fairy tale, yet it shouldn't be one we toss aside with my initial conclusion of weak.

But what does a feminist "happily ever after" look like? Is it growing up to be President of NOW or is it being able to lead a fairly normal life with feminist awareness? I think that question is hard to answer for those of us, like me, who believe that being a feminist means being an activist and especially hard for those who believe you need to keep climbing some invisible ladder to "the top."

And now I know why French was revered as a genius of feminist writing and of feminism. Her last novel is an excellent read for young feminists who might think they have it all planned out, to show that plan or no plan, life throws you punches and sometimes lands them square in the gut. It's a great read for those of is approaching midlife (oh dear goddess that's me!) who are reevaluating "what could had been" and if our bad decisions were the result of unfeminist thinking. I suspect this book may be a salve on any feminists from "The Love Children" era who think that fell far short of the promise/expectations. Just as I tell my students, not everyone gets into med school and not everyone is meant to be a doctor – Not everyone is meant to be Marilyn French and there's no shame in that.

DISCLOSURE: As I alluded to in my review, I received a review copy of "The Love Children" from the Feminist Press. I was asked to write a review if I liked the book and well, I did. An author friend of mine knew of my blog and pointed the Feminist Press in my direction. I was also given a copy of "The Women's Room" [Indie| Powells] to review as well. I haven't gotten around to reading that feminist classic yet, but I hope to one day.