Review: The How and the Why by Sarah Treem 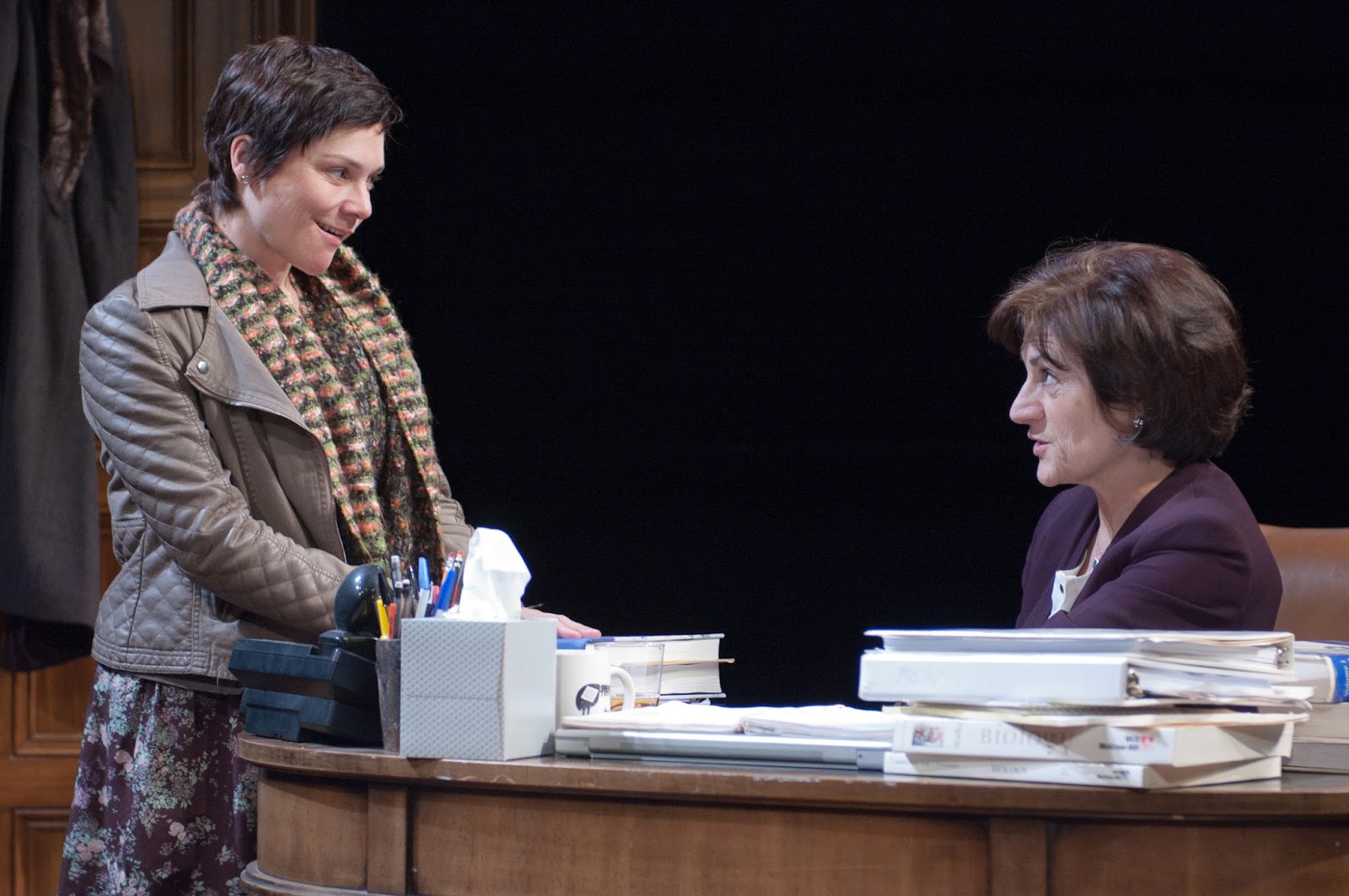 "In 2009, women received a majority of the degrees awarded in biological and biomedical sciences, from associate to Ph.D., and earned 53 percent of the doctorates, according to The Chronicle's Almanac of Higher Education (source)." This is up from less than 5% of all PhDs in science and engineering going to women in the last 1970s (source). In 1992, women were earning less than 40% of PhDs in biology (source).

In "The How and the Why" a play by Sarah Treem, Zelda Kahn earned her doctorate in evolutionary biology in the mid-1980s, while Rachel Hardeman is in the midst of her studies. This is what sets up a generational divide that is equal parts solid debate and trope. For one thing, Zelda is a single, career-driven woman who subscribes to the meritocracy theory for science careers. When Rachel begins to discuss her fears of being attacked as a woman, Zelda brushes it off. Rachel is also struggling with her desire to have a family - something she believes Zelda sacrificed for a storied career.

Keira Fromm, the director, prefers to consider this a humanist play over a feminist play. But this is a very feminist play. I say that because this play is about the differences and choices women in science have to manage. Differences between two women. One looking back at her life and career - mostly in an effort to support the rise of a young gifted scientist. The younger one interrogates the life advice as only a know-it-all 28-year-old could. Awww, I remember those days. Rachel struggles with the balance too many young women know far too well - how to chase your dreams while not alienating your partner.

This play balances stereotypes and tropes with the issues of being a woman in science and science itself beautifully. As someone who has studied not only the numbers of women in science for over 15 years, but also the themes of career, family, marriage, children, and so on, I found it fun and exasperating to see them discussed on a stage in this manner.

SPOILER:  The first 15 minutes were pretty confusing because it is not clear from publicity materials that the overall plot point is that Zelda is Rachel's birthmother. Thus the first part of the play is filled with an awkwardness that comes from two women meeting for the first time like this. I only put this spoiler in as I know some people would want to know going into this play that adoption is a HUGE part of the story.

And this adoption plot point is just one of a handful of tropes I feel is included. Be warned...as much as I enjoyed this play, there were some plot points that made me roll my eyes.

Overall, the conversation between the women about family, career and life are conversations I have heard in real life many times. You obtain a new view of these conversations by seeing them acted out by strangers on a stage. If you are a woman in science, or even just academia, this play will feel far too familiar. You may want to make sure you schedule time to hit a coffee shop (or something stronger) to unwind after you see this. I know I needed to debrief afterward, it kept me up that night.

The How and the Why runs until April 6th at the TimeLine Theatre on Chicago's northside. The performance lasts almost two hours and includes an intermission. It also includes as interactive lobby area with information on women in science in history, displays of "classic" educational videos about menstruation as well as a gigantic uterus quiz. You will not be bored during intermission! Tickets range from $35 during the week to $45 on weekends. Students get $10 off.
Labels: reviews