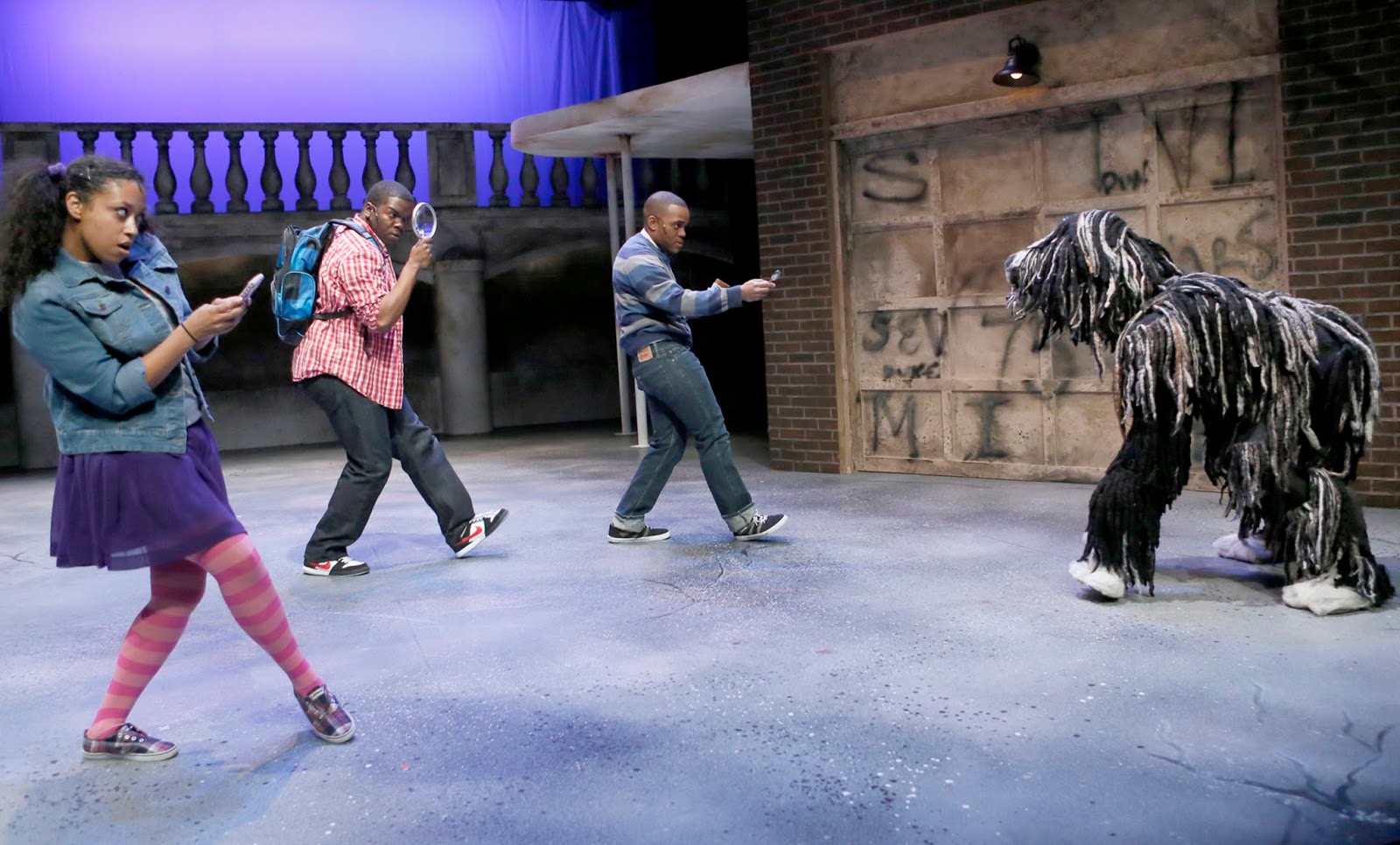 Ever wonder what Scooby-Doo would be like if it were set in Flint, Michigan? You find out at "Mr. Chickee's Funny Money," now playing at the Chicago Children's Theatre at the Ruth Page Center for the Arts 1016 N. Dearborn, Chicago until March 2nd.

Ella & I went to the press opening last week and had a great time. Mr. Chickee is an exploration of friendship, Motown music history and not far from the surface, the struggle to maintain one's determination in Michigan.

The plot is simple. A kindly elderly man, Mr. Chickee, gives Steven, a quadrillion dollar bill. Steven sets out to discover if it is real or not. At the same time a trio of U.S. Department of Treasury agents are out to find it and take it out of circulation. They are the bumbliest of blumbly characters - thus an excellent source of laughs. Joining Steven in this quest are his BFFs, Richelle and Russell. They call themselves the "Flint Future Detectives Club".

As in Harry Potter, Richelle is the brains of this trio. I caught on immediately that she would say something, be ignored then Steven would say it and it was "BRILLIANT!" Don't worry, ladies, this subplot explodes near the end of this 90-minute musical. Richelle is not only smart as a whip, but she has dreams (once she's seen sporting a Harvard tee) and sings her heart out about them. All three kids do.

I am really surprised that people were not dancing in the aisles, especially when Steven's dad does his ode to James Brown. The musical numbers are so well done.

"Mr. Chickee's Funny Money" runs until March 2nd, with a special autism-friendly show on Valentine's Day. All seats are $25. Make sure you don't miss this performance. Especially to see the dog puppet you can see in the photo above!
Labels: reviews