Looking for young feminists? Head on over to the west side of Chicago 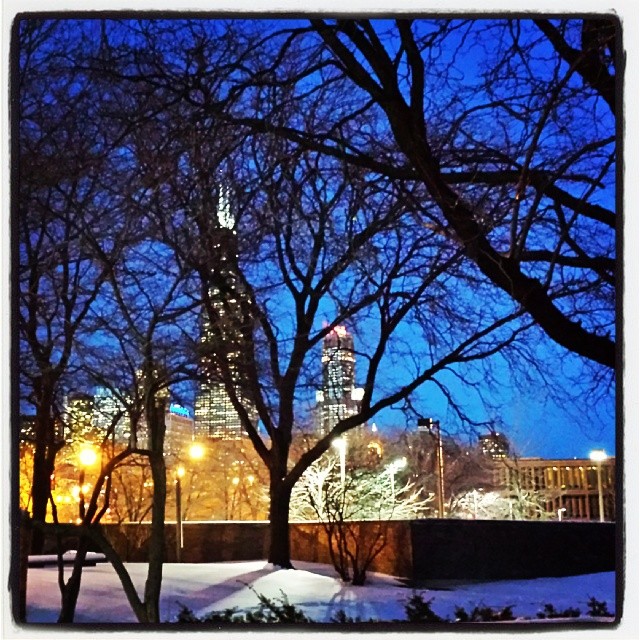 Because that is what I did last week.

I was invited to one of Chicago's public high schools to talk about feminism with a group of girls. It was not one of the "crown jewels" of CPS. Instead it appears to be a school full of working class kids with big dreams. Due to the horrendous winter weather we continue to have, I ended up super late and only spent 20-25 minutes talking with the girls. I made the choice I did not even want them to introduce themselves because with 30 girls, that would had been all of my visit.

Rather I asked them about Beyonce's essay in the Shriver report that I had "assigned" as homework. Popular media told me that a group of young black and Latina women would not identify as feminists, thus why not have them read about Queen B?? What I found was the opposite of what any poll might tell you. Feminism is alive and well with these girls.

When I asked if anyone was surprised that Beyonce wrote an essay on feminism I got one solid yes. But her surprise was more about when did Beyonce have the time to write it! There was no debate about Beyonce's feminism in this room. Hands down, they consider her a feminist. "She's in charge of her sexuality." "She sings about empowerment." And yes, we were in agreement that Beyonce has an army of assistants, thus we should never compare ourselves to the Queen.

From there I was told that just before I arrived the girls were talking about men's role in feminism. I asked how many felt they had feminist men in their lives. Most of the girls raised their hands. They cited fathers and brothers who push them to excel at school. "Be the best you can be so you are not dependent on a man." "Don't worry about boys. Focus on you." The instructions for the emancipation of young women of color hasn't changed much from my days, eh? You hear that, Grandma!?

Girl after girl talked about "not being dependent on a man." So I asked them what that meant to them. And Linda Hirshman would be proud. Their response was essentially that in case something happened to their partner that they could take care of themselves. That they were already taking care of themselves and had the skills to continue to do so. Remember, I only had a short amount of time, so I didn't dig deep into the whole two-paycheck problem, life insurance, etc issue. Rather I asked them what "depending on a man" meant to them. One of the staff members there talked about having a stay-at-home husband who homeschools their daughter. I talked about having a husband who I heavily depend on, but not in the negative way. Basically the adult women talked about how relationships are partnerships and with that there is a degree of dependence. One girl responded by talking about her own parents partnership.

This lead to a great discussion about healthy relationships, sticking up for your girlfriends.

I ended our discussion by asking them what it meant to "empower" another woman. They said it would mean helping a girl see something in themselves that she doesn't seem. To help her self-esteem. To help her find her voice. In an awkward manner, they seem to be telling me that some women just do not have the tools to stand tall, but they felt they knew what the tools were and they had a duty to share that secret.

Yes, my heart melted just a weeeee bit there.

I was completely prejudiced when I arrived. I expected to find a girls group that would sit there and not interact. And while it was not chaos with conversation, it was definitely a better conversation than I've had when I'm guest lectured on my own campus. And to you, Old Man Winter...DAMN YOU! And your patriarchal snow that stole 20 minutes from me and these girls.

After I published this, Beyonce released a video for International Women's Day. Thanks to Shine for posting!