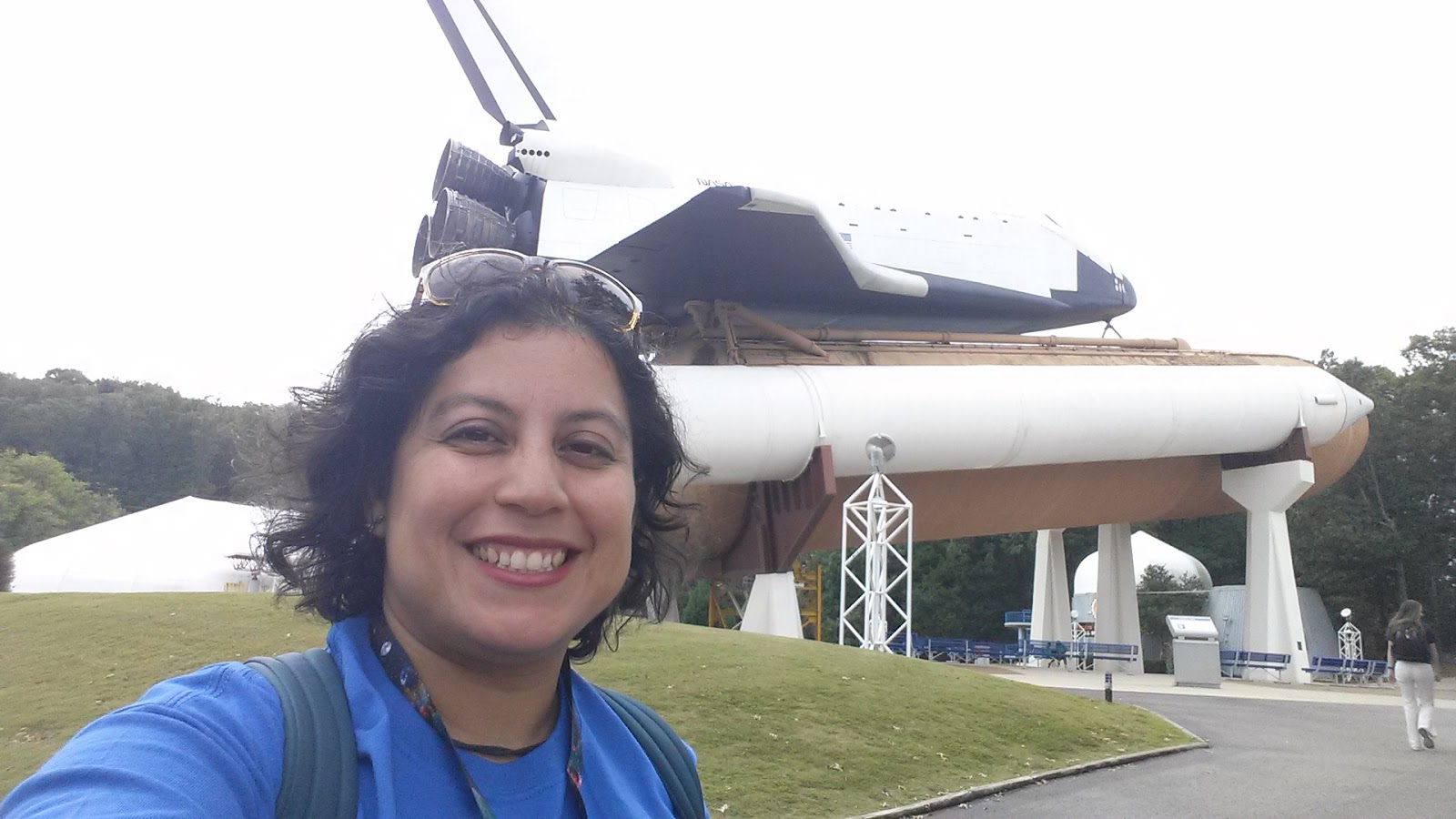 There is the proof! I made it to Space Camp and it was awesome folks. I could write for the rest of my life and not fully describe how awesome it was to be there.

As I have said before, I was inspired to be an astronaut after the Challenger explosion so the shuttle means a lot to me. Thus being this close to Pathfinder, even if it was never built for space, was freaking awesome. Advance apologies for over using "awesome" in this post. Pathfinder does include two solid rocket boosters, genuine space shuttle main engine nozzles and a genuine external tank. So there's that.

I seriously was so nervous for this trip that I had a nightmare the night before I left that I overslept and missed my 6 AM flight. Then I was worried that I booked a flight for the wrong weekend, because well, sometimes I am prone to writing things down wrong. I double checked times a zillion the dates when I booked the flight and every few days since then. I guess when you have been dreaming of something for almost 30 years you get a little anxious about details. I wasn't calm, er, sure this was happening until I met another camper at the airport. Two people couldn't be wrong! 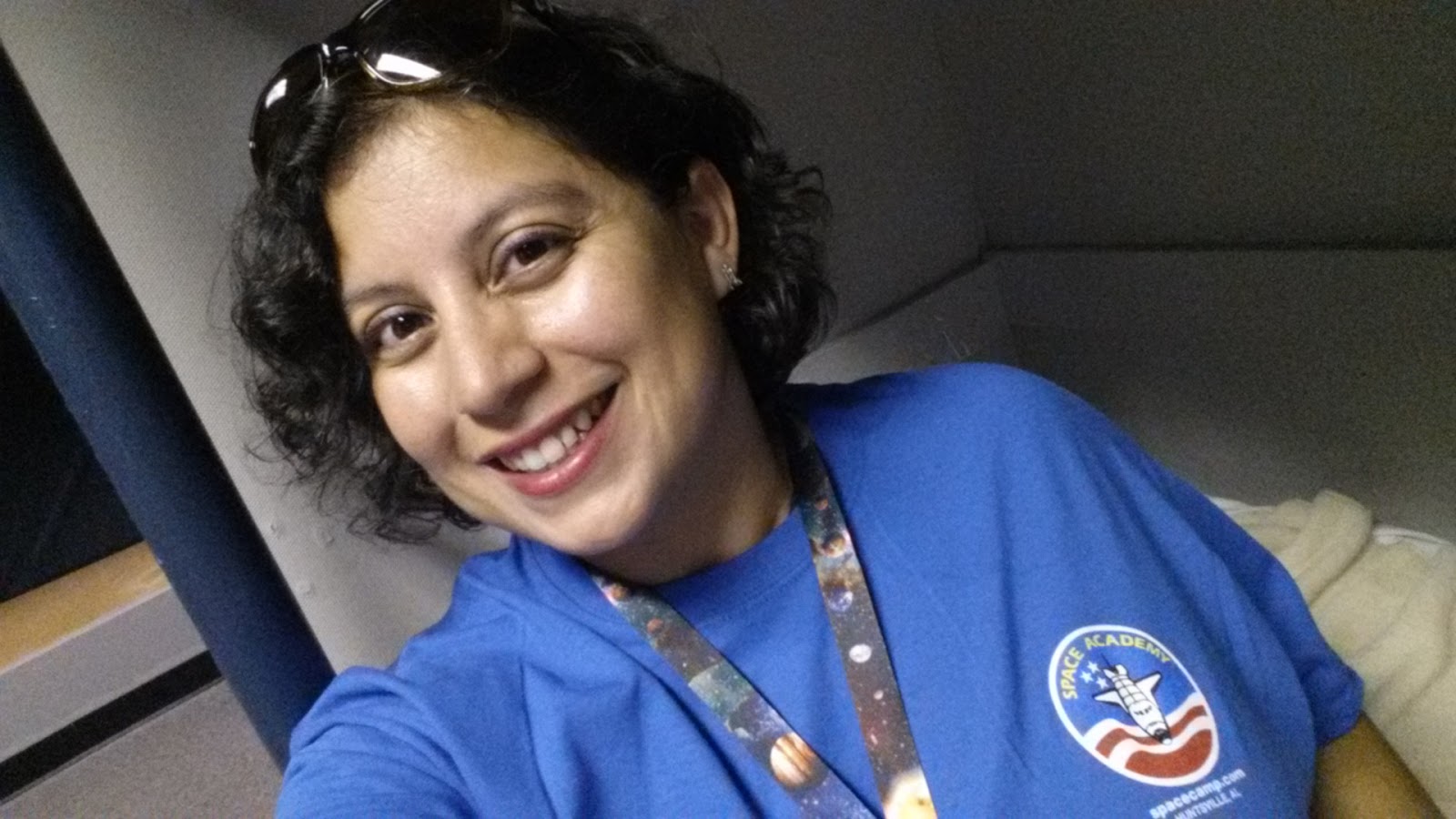 We got picked up by the Space Camp SUV from Huntsville Airport and a quick drive found us at SPACE CAMP!!!!! After a quick check-in process I found my room and bunk. Yup, bunk. We get the same accommodations as the kids do.

I unpacked and waited for my roommates to show up. One did and then left. She checked into the hotel next door. Yup, the bunks were certainly not hotel worthy. They were bunks. But hey, it's part of the experience right? Soon my other roommate showed up. Mary stayed. Yay!

She had made a friend, Lynna, on the way to camp and as fate would have it, she was next door and all three of us were in the same mission crew. So we headed out to find some food and picked up my airport friend, Stacy. Afterward we headed over to orientation where Stacy had to join her crew while Mary, Lynna and I met the rest of the crew of the Endeavor. We had a two couples and a father-son in the group. Our first task was to start building a rocket. The goal would be to successfully launch said rocket AND ensure a safe landing for our egg-stronaut. It has been years since I launched a rocket, pretty sure we did it in high school physics class, so I was a bit lost as to the best way to do it. And wouldn't you know it, we had an engineer on our team!

Next we were given positions for our first mission. I received the job of talking with the International Space Station. That meant I had to relay anything from Mission Control to the ISS and vice versa. I also had to help them solve any issues. During our training the trainers threw a lot of anomalies our way with O2 and N2 leaks galore! There was one point where I basically threw my hands up in a "I HAVE NO IDEA!" way. All the codes were a mystery to me and the anomalies just kept coming.We had three different reference guides and it was all written in code. The quick reference guide was neither quick nor reference! 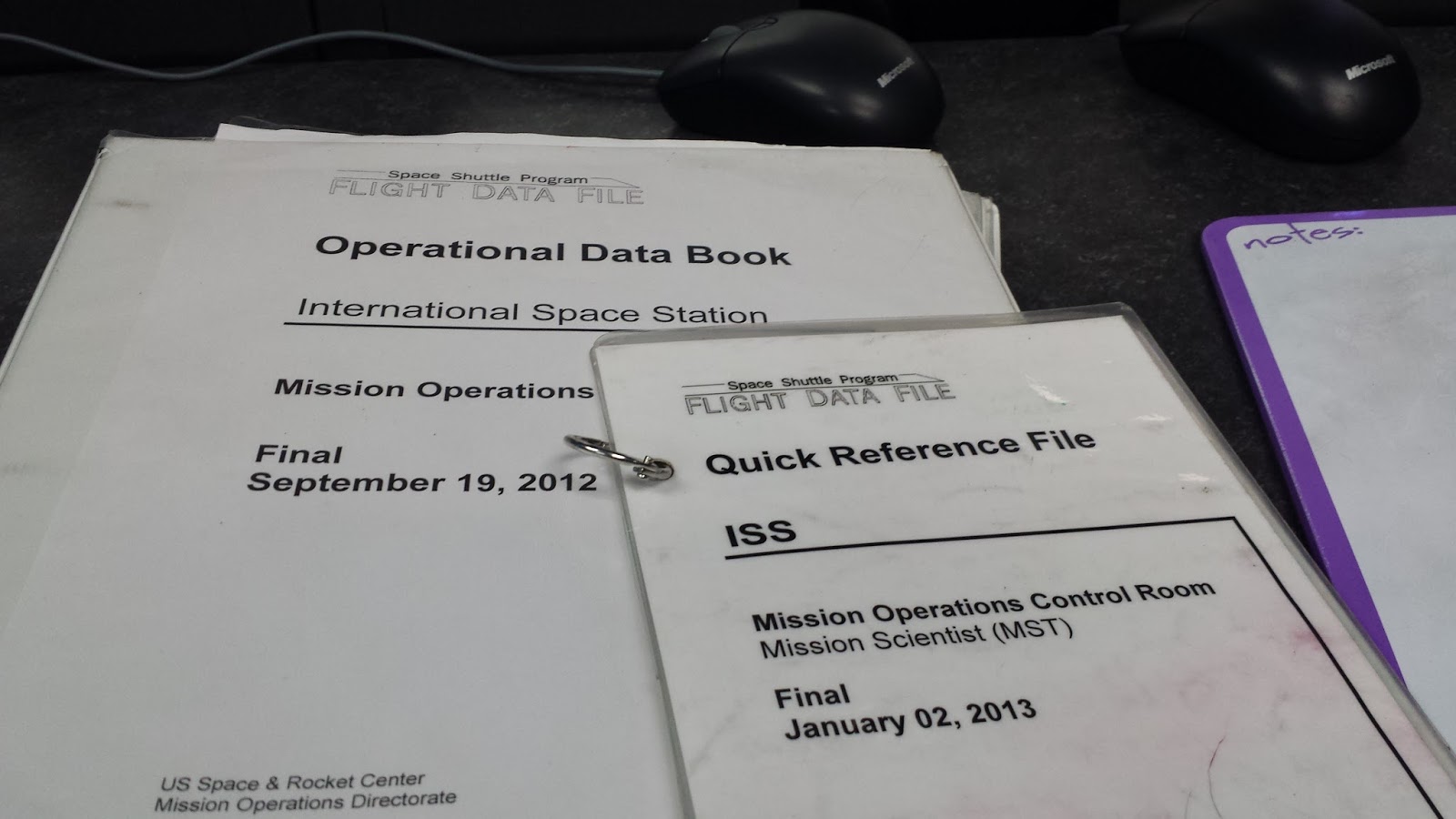 But in the end it was all a lot of fun. And practice for our actual mission on day two. More on that later. 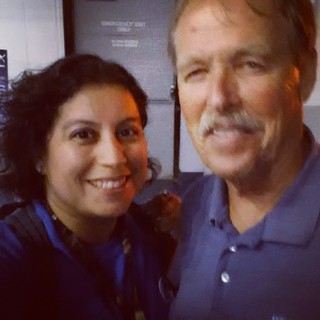 After dinner we received the treat of a lifetime...we met a real astronaut! The second astronaut I've had the chance to meet! And not just any old, astronaut (is there even that kind?) but Robert L. Gibson who is married to one of the original women astronauts, Margaret Rha Seddon! Yes, I was equally excited to meet an astronaut who flew 5 of the six shuttles AND was married to a woman astronaut. While I was a kid and memorized a lot of NASA trivia I use to be able to name all the original women astronauts. Gibson told some amazing stories of not just his days as an astronaut, but also has a fighter pilot. I'm drawn to space exploration for the exploration part, so I sometimes forget how intrinsically it is tied to the military, especially in the early days when being a fighter pilot was a requirement. You could tell we were at Space Camp because after he spoke to us and we watched "The Dream is Alive," the line to meet him was three times as long as the line for wine. AND...AND...I impressed him. How? My selfie taking skills. OMG, for reals! I impressed an astronaut. Sweet.
Labels: me spacecamp