Dear Kate and The Perfect Body

As some of you rush out to the mall to get in on deals, I wanted to share this response to the Victoria's Secret "Perfect Body" campaign from Dear Kate. While they changed the slogan to be less offensive, if you are looking for some comfy underwear AND some cute period panties, look no further than Dear Kate. 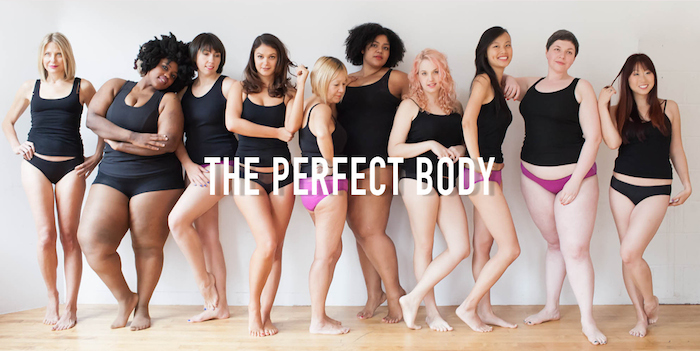 So not only are they a super neat idea (pretty period panties) and they have awesome marketing images. This "Perfect Body" campaign is not the first time a wide range of bodies have been used in their images.

BUT...get this, they have a line of underwear called "The League of Ladies" that depicts bad ass ladies of history as superheroes. Which, I guess they kinda are.

The only downside to "Dear Kate" underwear is that the magic science stuff that make them awesome for wearing during one's period make them not suitable for drying in a dryer. And if you're like me and a bit forgetful, you might ruin a pair.So careful!

Disclaimer: I was not paid for this glowing blog post, but I did receive some pairs of their underwear for a test run.
Labels: misc