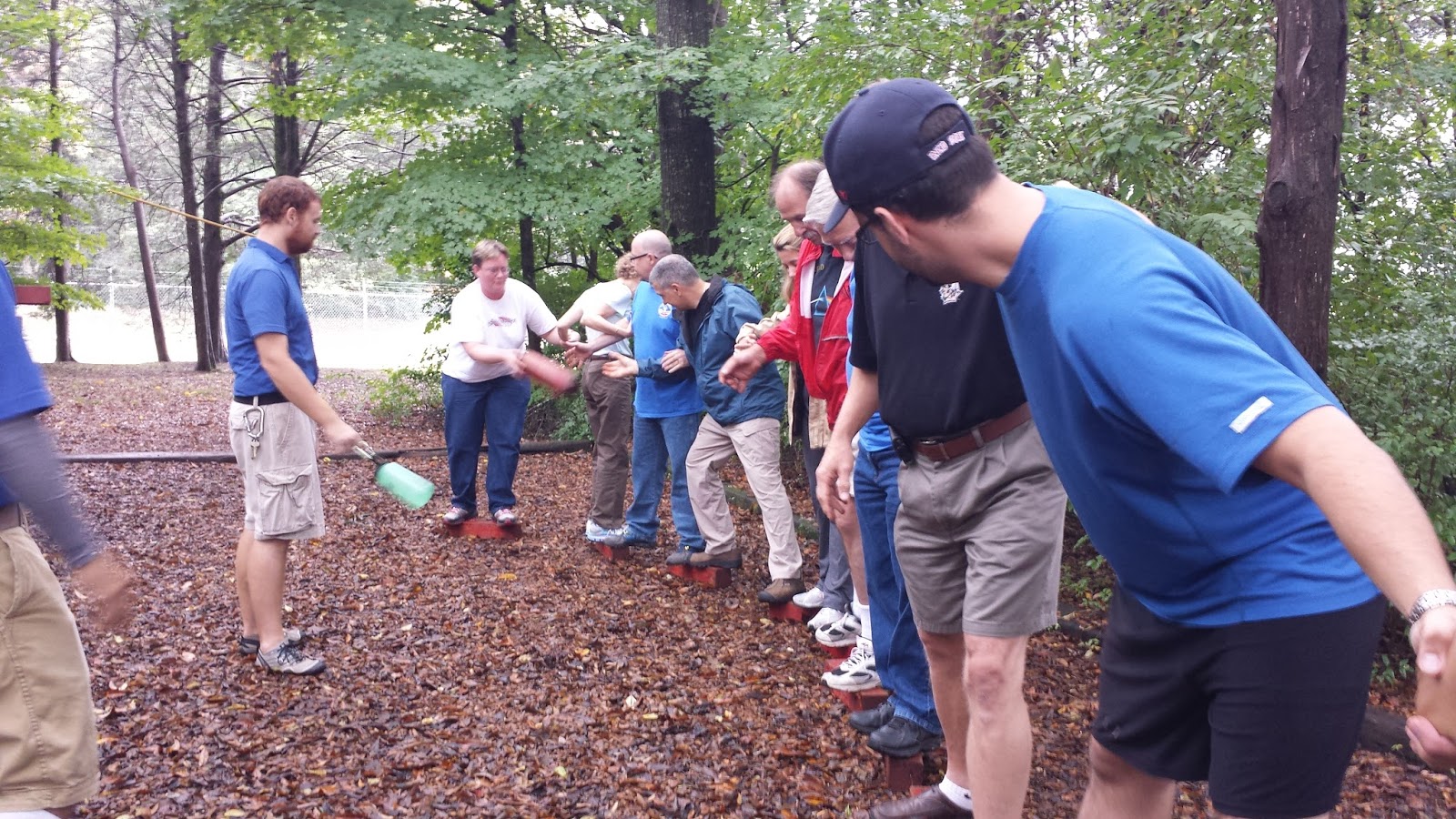 One secret about Space Camp is that it is not just about space, but about team work. This lesson was drilled into us on the second day when we went out to a wooded area and told to find a way to escape an exploding Earth to Venus. We had to build a bridge and since we were in space, we had to stay tethered to each other, always maintain contact with the bricks AND could not speak. As you can see in the photo above, we did pretty darn well. We fell for the oldest trick in the book - we trusted our trainers! They watched us like hawks waiting for us to let go of each other or of a brick and OOPS! It floated out into space. For me it was a lot of fun because I like these type of challenges. 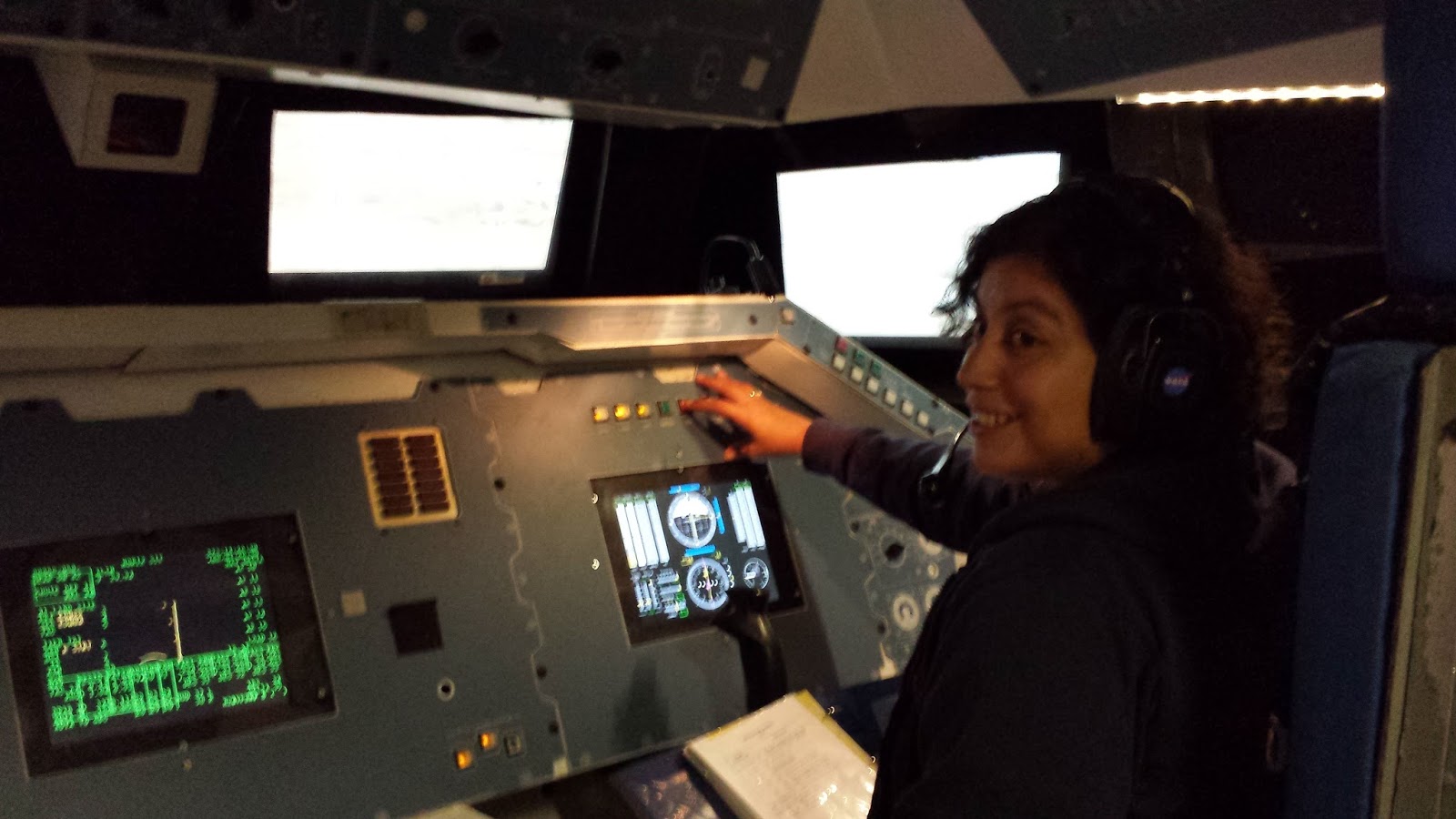 We obtained our second mission and I got to be the pilot! Lea Thompson, eat your heart out. The previous night we learned that the pilot is actually the co-pilot. The shuttle commander is the actual pilot. And I'm totally ok with that! Phillip, the commander, and I focused mostly on landing the shuttle. We had that baby down. A bit off the runway, but otherwise a safe landing. Of course later on in the day when we did the real mission, we crashed miserably. But it was such an amazing experience to have to flip all these switches over and over. Ha! It sounds silly, but when you are there and you are preparing for landing...it's just awesome. Even if you have to find the three switches on this board in less than a second. Yes, they tried to keep us on the timing that actually occurs. This is why astronauts log hundreds of simulations before the real thing. They need that practice to find the switch so oxygen actually comes on! 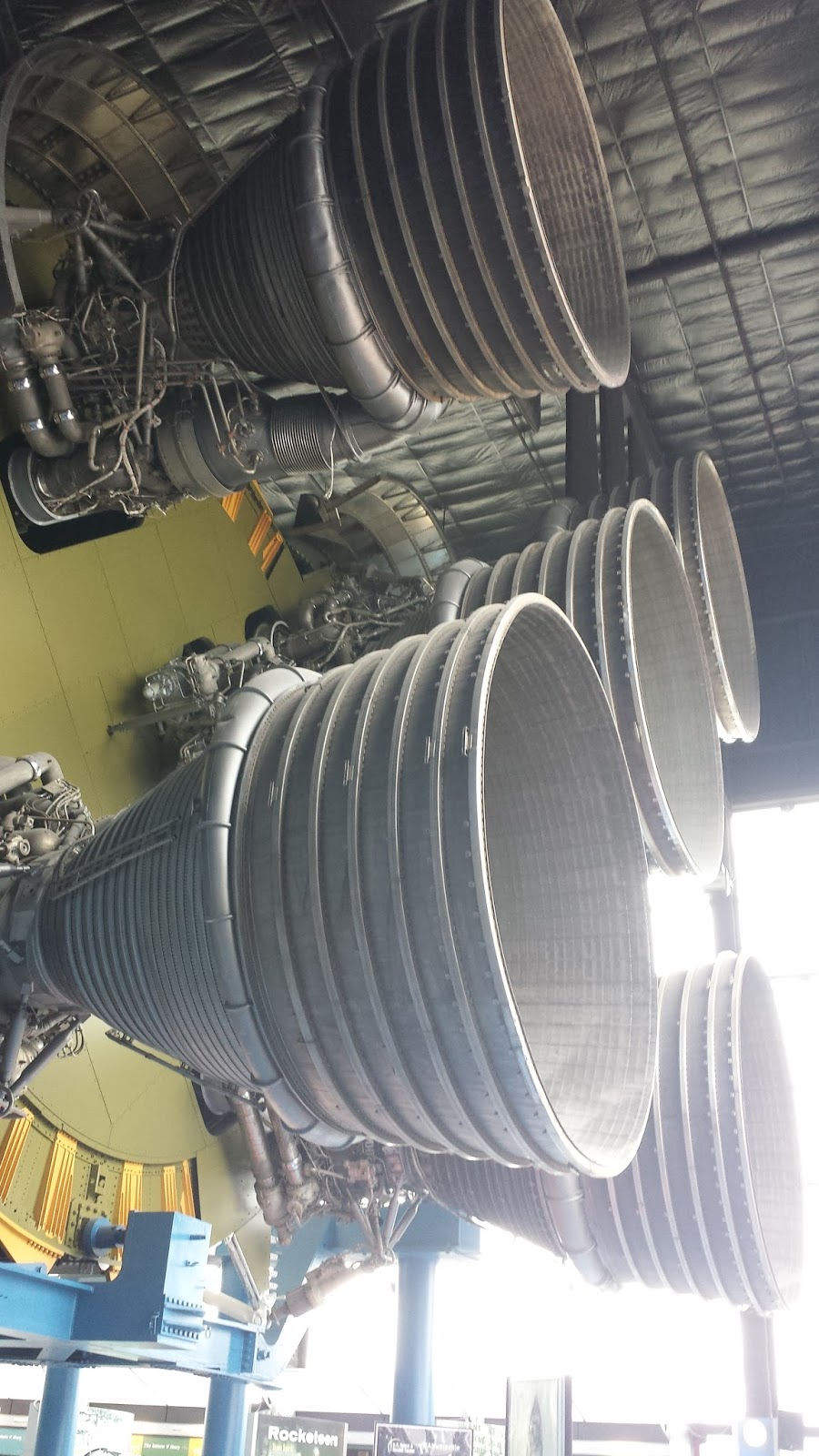 We got a tour of the Saturn V rocket museum. These are the rockets that helped take NASA astronauts to the moon. But wait, it was not just a tour...it was a tour by one of the rocket scientists who worked on the rockets! Oh, yeah...if a group of nerds could get even more excited, it was when we walked around the corner and saw the massive engines. He walked us through all 300+ feet of the monster of technology that is really a huge can of fuel on top of five engines with a tiny room at the top for the humans to sit in.

I have seen memes that remind us that the technology in our smartphones is more advanced than the technology that took us the moon. This is correct. But having walked alongside the rocket, it is not just the computing power that landed us on the moon, but it was also the ingenuity, innovation and curiosity of the people involved. The most impressive factoid I learned was that the fuel was too hot for the metal so that is why the fuel lines zig zag. That keeps them cool enough to function. 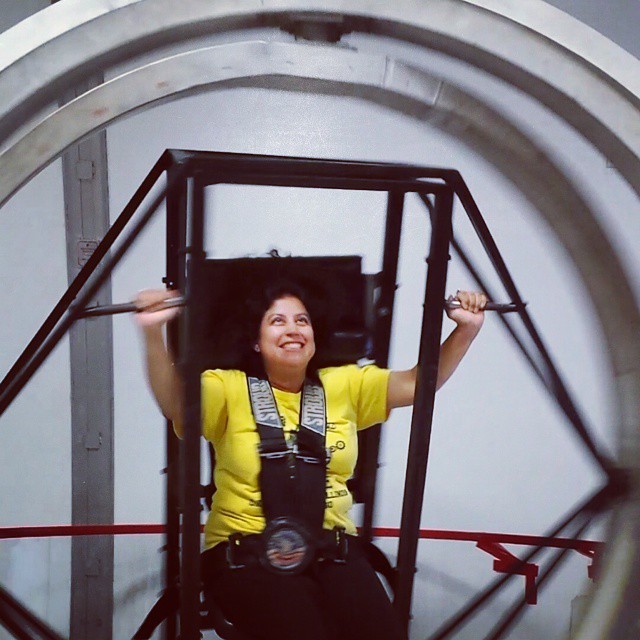 Next up we got to play in the astronaut simulators. THIS IS WHAT I WAS WAITING FOR! THE MULTI-AXIS TRAINER!!!!! This is the spinning chair that simulates what it feels like to spin out of control. This is what friends & I were joking about me having the best vomit of my life. I rode it twice. BECAUSE IT WAS AWESOME TO THE INFINITY POWER! Do you see that smile on my face? This is when everything I was waiting for since I was 12 became reality.