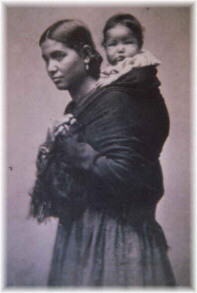 Most people think that the US feminist or women's rights movement began at Seneca Falls, with perhaps a hat tip to Abigail Adams and her "Remember the Ladies" letter to future president John Adams. What most people do not know is that the US feminist movement was influenced by the power sharing that was found in the Iroquois Nation. While I have known of this connection for some time, what I did not know is that once Elizabeth Cady Stanton, Sojourner Truth & others ignited the move towards suffrage and equal rights, the US government swiftly took away Iroquois women's right to vote in their Congress.

As we gather for Thanksgiving today and try to reconcile our tradition of thanks with the legacy of imperialism, I thought we should take a moment to note our feminist roots and some world class backlash against our indigenous sisters. Sadly this was not remedied until the 1960s. Another failure to see when one of us is oppressed, we are all oppressed.

Watch historian Barbara Mann discuss this backlash at the 42:50 mark: