From Durango, Mexico to Mayor of Chicago?

Jesus "Chuy" Garcia was ready to enjoy his first uncontested election. He had a few good books picked out that had been taunting him. Then he want to visit his friend Karen Lewis after her surgery. She greeted him with, "Sit down. You need to run." Lewis ran down all the reasons he was the best person to run for mayor of Chicago. And with that Chuy went home to discuss the idea with his wife. Her response?

A few months and thousands of signatures later, Jesus "Chuy" Garcia is building a coalition of community people who want to work together to make Chicago a better place to live, learn and do business.

When I heard Chuy was jumping into the race I was excited. I had never met him, but I had followed his last campaign to become a Cook County commissioner. He seemed to be the exact type of politician so many people, myself included, wish where were more of. Chuy appears to have always fought for his community and with integrity. 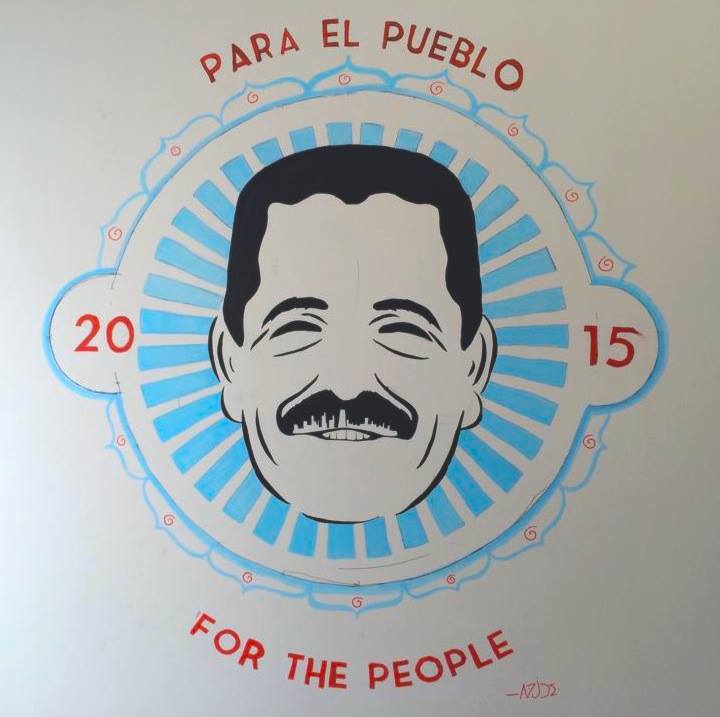 That is why I said yes when I was asked to join a list of over 100 Latino leaders to endorse Chuy. Being at the Latino Leader event was exhilarating. The campaign office was filled with energy. Supporters spoke about Chuy's commitment to Chicago, to supporting neighborhood schools, to real comprehensive immigration reform and being part of a people's movement. Chuy spoke of being the Latino candidate who would work to empower the Latino community. As I shook his hand I mentioned that my dad is also from the state of Durango, Mexico. He lit up and smiled.

Later that day I reported to my dad and we had a great conversation about their homestate's penchant for mustaches and supporting our familia. My dad and I don't talk about a lot of things outside of his granddaughter and sports, but I can see us having a lot of talk about over the next few weeks.

On Sunday I attended a coffee where Chuy came to answer questions. I have been to enough of these events that I space out during "safe neighborhoods" and "strong schools" talk. When perked me up was how he brought up coalition building among community organizations. Chuy lamented the tragedy of community groups feeling that they are in competition because of limited foundation and government grants. He also impressed me with his response to a woman's question about her perceived distrust that African-Americans have of him. Essentially he discussed how discrimination against African-American workers and the hiring of immigrant workers has built a tension between the communities as some believe we need to fight over the same piece of pie. Chuy wants everyone to benefit from the whole pie.

I like that idea. This will require a lot of work, including policy changes, but to start, we need someone who will champion them. I really believe that person is Jesus "Chuy" Garcia.

This campaign has national ramifications, so if you cannot vote for Chuy, please consider contributing to his campaign. $50 or $5,000 will make a difference!
Labels: chicago election2015