Catching up with Thor, Wonder Woman and Ms. Marvel (Spoilers) 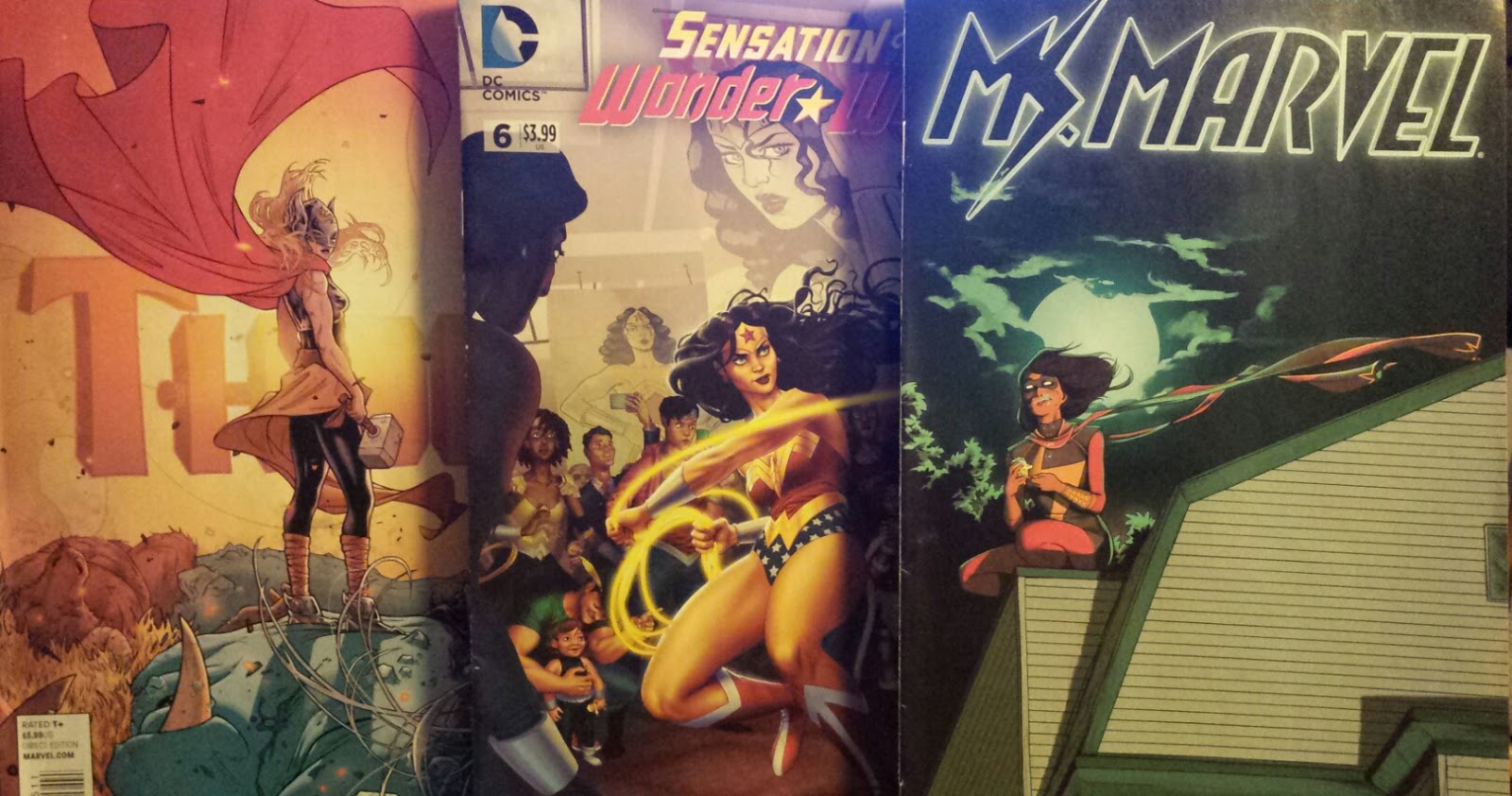 The last time you checked in on your blogging goddess, she had finished the first issue of the new Thor, the first two issues of Sensation Comics Featuring Wonder Woman and a bunch of the new Ms. Marvel. Today she picked up the latest issues bringing us up to Thor #5, Ms. Marvel #11, and SCF Wonder Woman #6. And how are they?

THOR: We are still learning about the new Thor. The mystery woman is still hiding behind the mask, but we do learn that she cares about the original Thor. When he comes back from the dead (you knew he wasn't really dead!), she is relived. And while he fights her for his hammer (the source of the super powers & the name "Thor" she now possesses.), he eventually realizes that she truly is worthy of being called Thor. There's a fight scene in one isses where Thor meets up with a bad guy who teases her about being a feminist. 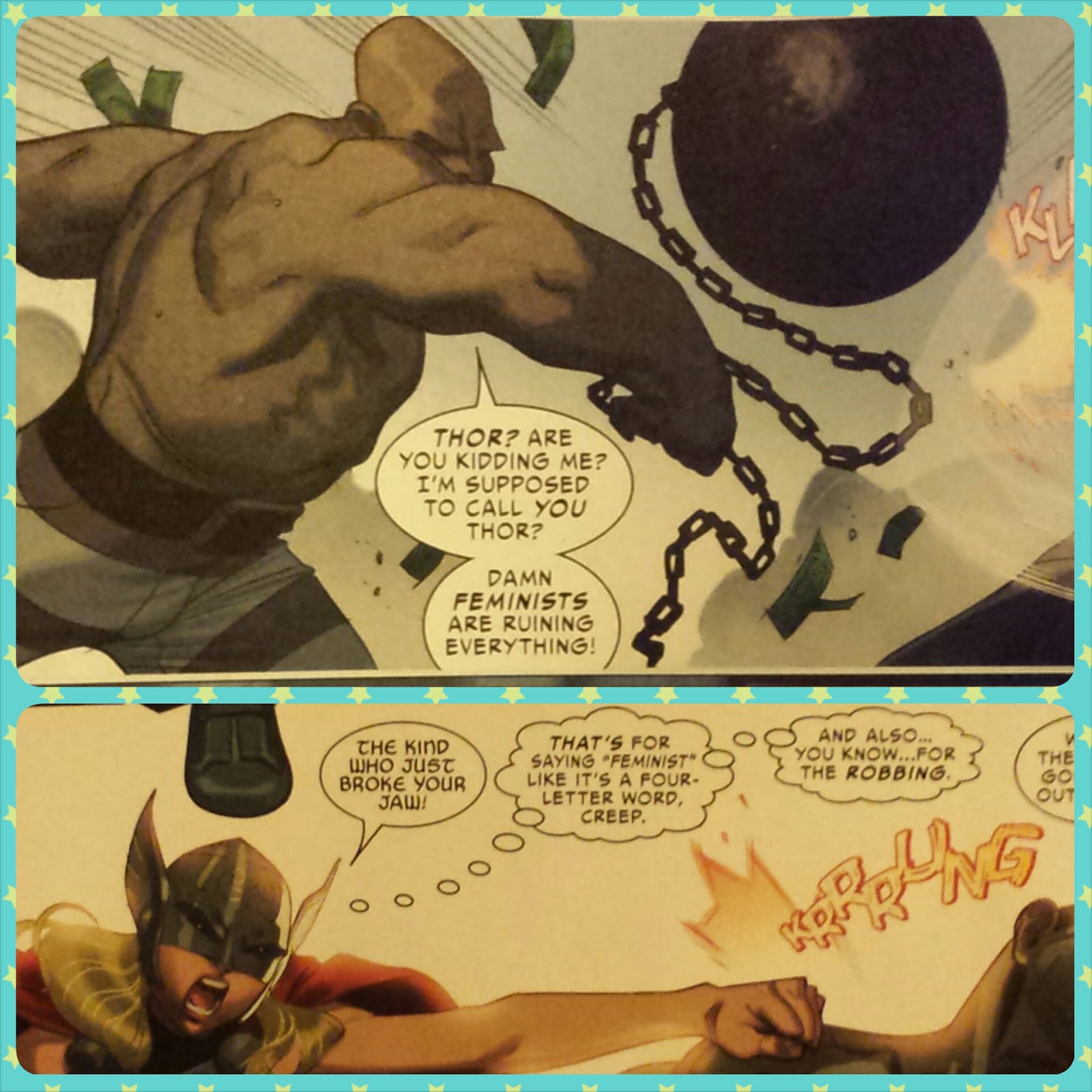 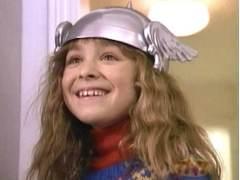 And so far your comics-obsessed blogger is loving "Thor." There are moments when the comic deals head on that Thor is now a woman. Then there are moments when it is just about Thor fighting bad guys. The original Thor is on the hunt for who new Thor use to be, so that will be a fun adventure as his first two attempts were. "Thor" is highly recommended. This little girl would agree. 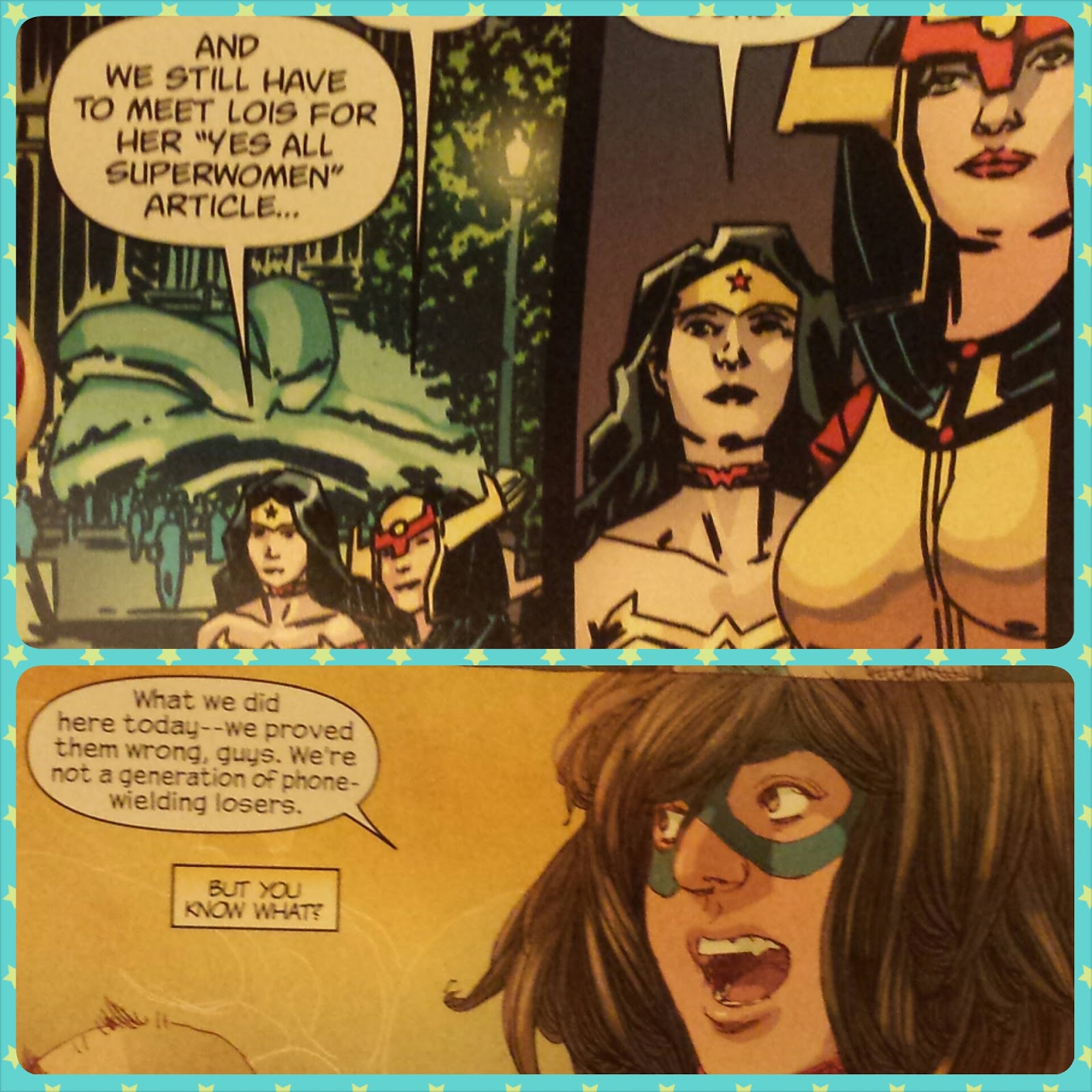 SCF Wonder Woman continues to explore the mythology of Princess Diana in short stories. For the most part it's pretty awesome. The art work in the first story of the current issue is a little iffy as it meanders into objectification and stereotypical drawings of women characters. But the stories are both solid. Both deal with Wonder Woman's continuing attempt to solve issues in a peaceful manner.

Last up is Ms. Marvel. Kamala, oh how this character continues to grow as she figures out her place in the world and in her role of superhero. Maybe it is because she is a teen that these stories are more emotional. Her first 'big bad' threw everything at her. Since she is still discovering all her powers and limitations, she continues to get herself in tough spots. And this causes your stomach to drop! Even if you know she'll find a way out. The anticipation is amazing. She is not only representing for young women and Muslims, but also for her generation as you can see from the snap shot I took. She is standing against the stereotype of the tuned out Millennial.

And what did your comic reviewer see at the end of two of these comic books? An ad for a Princess Leia series. Add to this the upcoming all-lady Avengers and you may need to send money fast!
Labels: comics feminism reviews