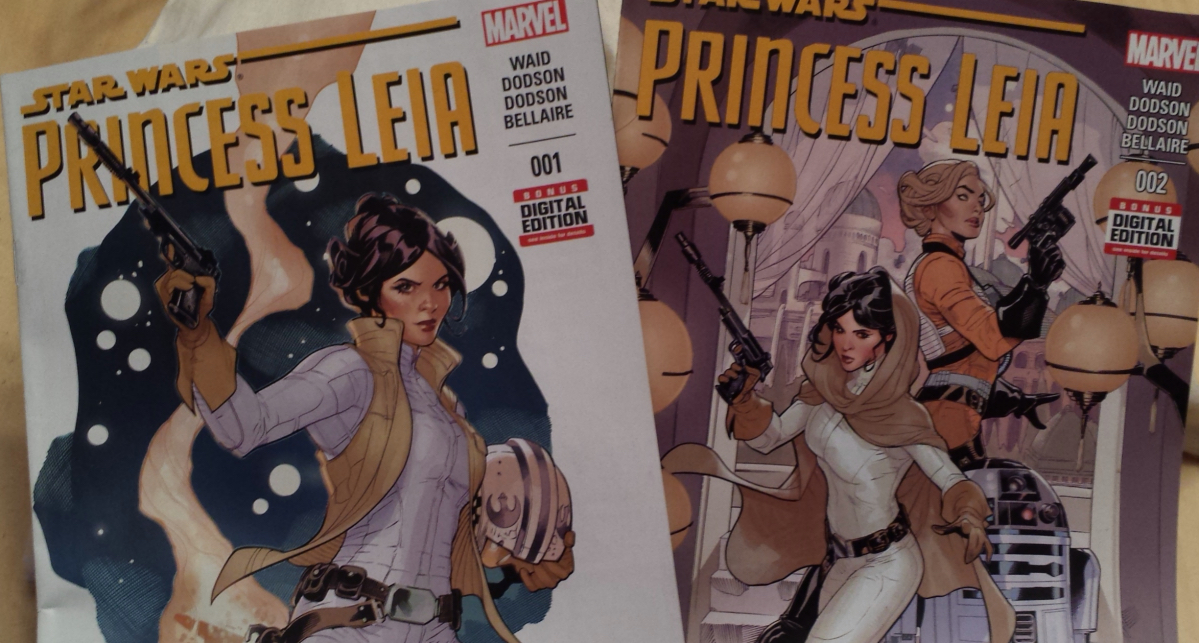 When I learned that Princess Leia was getting a comic book series, it made sense. Women-led comic books are all the rage, especially given the ass kicking that "Thor (2014)" has been doing in sales. But after two issues, I am quite disappointed. "Princess Leia" picks up at the end of the "A New Hope" when Leia presents Luke & Han with medals.

The issue that Leia must contend with in this series is what to do after the destruction of Alderaan. Not just personally, but as the Princess of Alderaan. And here's where I feel the plot goes off track...The idea that the Empire is going to hunt down any remaining citizens of Alderaan is believable. I get that. But what I do not get is that Leia is portrayed as not just impulsive, which she is, but dumb impulsive. She was bad ass. See video I found on YouTube below...Go on, watch...

The first two issues paint Leia as too trusting and far more Princess Vespa than Leia.

Now her mission is to find all of Alderaan's orphans and preserve its culture. I hope this is more Indiana Jones than anything else. But I fear for the worst.

This is disappointing because for one thing, this is supposed to be a mini-series. We have little time to allow for Leia to act like as immature as she does. And we must remember this bridges "A New Hope" with "Empire" where Leia is clearly climbing in leadership status. Perhaps this series is part of a learning curve that helps ANH Leia evolve into ESB Leia? I am confused folks! I want bad ass Leia, not a princess that clearly needs to be saved and grounded.

Are you reading the series too? What are your thoughts? Let me know in the comments or on Twitter @veronicaeye.
Labels: comics reviews