If you were to judge "Bitch Planet" by its back cover, you would expect a barrel of feminist camp awaiting you. The back cover of the first two issues are a play off 1950s comic book ads for x-ray glasses and hypnotizing tools, this time the glasses see through men's intentions and you hypnotize women away from being perfect...to allow you to take the top slot! I do want to conceal $3.00 in an envelope for a new signature.

But once inside, the world of "Bitch Planet" will take your breath away. The premise is that in the near future humans have found a planet to exile problematic women at an auxiliary compliance outpost, aka Bitch Planet. It is clearly run by a cadre of men who take joy in seeing non-compliant women punished into submission. But with a tip of the hat to Margaret Atwood's "The Handmaid's Tale," the women are greeted and interrogated by virtual women who look like Faye Dunaway in a Xena costume and even some women in riot gear.

The first issue showcases how easy it can be for men to call the compliance police on bitchy wives and how easily mistakes can be made. Without spoiling this issue, we do see the classic middle-aged, middle-class white woman in peril. We also encounter the Foxy Brown Black woman who is not going gentle into that good night. By the second issue we also are knee-deep in the well-worn framing of a penal colony that is so remote that human rights no longer exist and riots are such a common occurrence that they happen at the peripheral of the comic's frames. Every third issue of the series will be a special guest artist issue and will dive into one character. We find out what led to Penny Rolle being sent to Bitch Planet. Her whole mystery is not revealed, but enough that it is another punch in the gut. Her name makes me wonder and hope that it is a tip of the hat to Penny and Ester Rolle from "Good Times." Because I LOVED THAT SHOW as a kid. 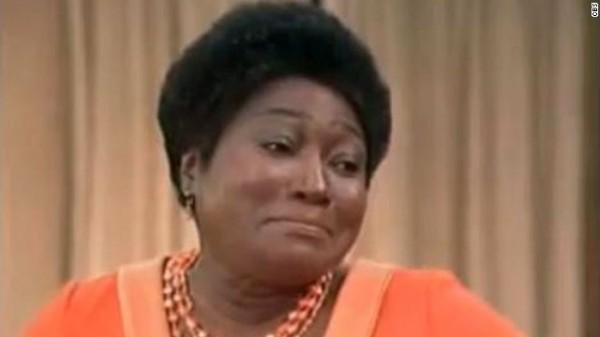 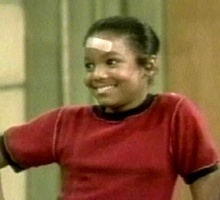 Here is where I admit that I completely missed the chatter that built up this comic series. And if you did too, you might get to the end of the first issue thinking, "Why the hell did I buy the second issue? What kind of blaxpotation is this? Is this good? Um, what happens next?" After that dizzying moment you look at the next page and realize that Danielle Henderson, the genius behind "Feminist Ryan Gosling," was instrumental in the development of "Bitch Planet." WHEW!

OK, so yes, there is a chance that an amazing Black feminist theorist can have a hand in a problematic project. BUT...Danielle's past work gave me the faith to keep reading to the second issue. But that's not all. The first issue includes a call to arms from Danielle in which she asks us if we are compliant. It addresses many of the challenges feminist movements are facing at a time when we have women leaders and role models, but patriarchy is just under the surface of our lives. Or so disguised that it seems under the surface. Danielle asks if we are scratching that surface and challenges us to keep it up. So I'm gonna keep reading. And you should start.