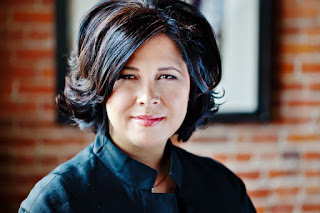 One of the best outcomes from Sheryl Sandberg’s “Lean In,” is that the issue of women in leadership has taken center stage in the public conversation. Concepts such as the glass ceiling, the wage gap and gender bias in the workplace have a renewed sense of purpose. What also has renewed activity is the debate over having it all and work/life balance. I got the opportunity to speak to Sheryl Connelly, Futurist for Ford Motor Company. Yes, I got to speak to a woman who is high up on the leadership ladder whose job it is to spirit the future.

First thing's first, what is a futurist? Connelly says, "Well, I am not a fortune teller and I do not try to predict the future. What I try to do is pick up on trends that will be important to Ford’s long term plans." According to Connelly, any organization that does long term planning and strategy is futuring.

Considering that the conversation about women's equality, especially in the workplace and elected positions is always "in the future," why not ask someone who is an expert on trends? Don't we all want to know when we will see enough women in leadership roles to see meaningful chances to the USA towards paid leave, paid sick days and affordable child care? Connelly admits that the USA is behind the curve globally, but sees parallels to marriage equality. Change sometimes looks like it happens overnight, but it never is. "I have two daughters, 11 & 13. I took the 13-year-old to see Arianna Grande. Many people see Grande as an overnight sensation, she is not. We saw her 18 months ago for $25 and this year she sells out a Detroit stadium. Grande worked hard to get to this level. Things do not just happen." Connelly returns to talk about watershed moments and the decades of building blocks in order for marriage equality to be where it is now.

The way she reads the tea leaves, women are on a precipice of change. "Women are outnumbering men in education. In the cycle of a generation or two, women could be the majority of the workplace. As we move from an industrial economy to a knowledge economy, what is prized are things that women are really good at." The change is part of a public dialog. Advertising and marketing messages like "Run Like a Girl" are important for girls at a very young age. But Connelly says we need to realize that women's issues are systematic. "Women communicate differently. When you ask men for something they say, 'Consider it done.' Women will say to me, 'I'll do my best.' I see women only apply for jobs if they fit 100% of the criteria. Men do not hold themselves to the same standard." She advocates that we need to be teaching girls and young women to think the same way.

As I consider my own future path, I wanted to know how a futurist plans for her personal path. Turns out she's not very good at it."I'm a busy mom. I'm like the cobbler whose kids have no shoes. I do think about the future of my kids. I do want my children to be generalists and not specialize at five."

How does a futurist relax and unwind? Like the rest of us by binge watching Netflix. "Also, I am big into family. I have a twin sister and a lot of siblings. My sister lives very close. I also like to escape to quiet places in the world and unplug. You have to take time to enjoy the moment."

And since Connelly is a futurist and seems to be tapped into trends, I had to ask her the big question...Are we ready for a woman president?

"Yes. I also hope by the time my kids are older, that gender, race and other descriptions are a non-issue. We need to focus on who is the best candidate for everything, not just President."

With that I let her get back to figuring out which car we might be buying in 10 years, while I still ponder if we are ready for the world she says is just around the corner.