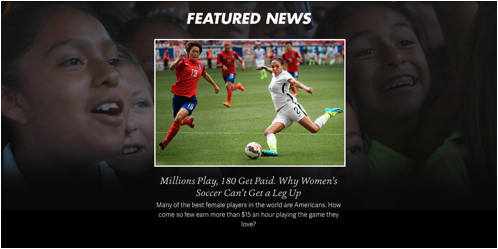 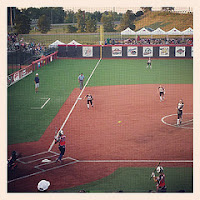 As you all know, I'm a big sports fan. I started a Facebook community for people who pledge to attend just one women's sporting event a year during the 2008 Winter Olympics. Since then the issue of supporting women's sports continues to grow, but still a conundrum. I noticed last year Chicago's local ABC outlet began to regularly give our Chicago Sky's (WNBA) score in the highlights. And while other stations do as well, ABC is more likely to show a game clip too. So they are getting the props here today. Occassionaly, our NPR station will mention women's college hoops scores or the Chicago Sky's, but I feel like it is just when there were a lack of men's games the night before. 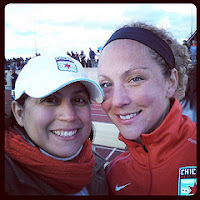 Currently my family has full World Cup fever. Which is why I am excited to share TakePart.com’s newly launched “Equal Playing Field” campaign. It features an original documentary with US National Women’s Soccer team star and Chicago Red Star Christen Press and interviews with Julie Foudy, member of the 1999 US Women’s World Cup championship team, and produced by Frank Marshall, this mini documentary exposes the challenges that professional female soccer teams endure due to the inability to receive the same funding as professional mens soccer teams.

I truly appreciated this mini-doc not just because I am a fan, but I'm raising a soccer player. When you ask Ella what she wants to be when she grows up, she says, "Professional soccer player." And she means it. While we aren't going all Béla Károlyi on her, we do offer her a lot of opportunities to become a better player. Since I am her mom, she also gets a healthy dose of sports politics. I showed her the mini-doc as soon as I was done watching it. Which was also just hours after Press scored the winning goal during the first World Cup match. TIMING IS EVERYTHING!! Since we do go to a lot of women's sporting events, she sees the crowds. She knows the Bandits don't play in front of tens of thousands of people like the Cubs. Same with the Sky and Bulls. But she also sees how engaged the fans are at these games. Having Christine Press make the economic case for supporting women's sports is exactly what this feminist mama needed.

When I have talked with women sports journalists, they cite the lack of attendance for the lack of media attention. But as Julie Foudy says in the mini-doc, without media attention people don't know there's a team to cheer on. My Chicago Red Stars use to play at the same field as our men's pro team, but after the second league busted, they moved to college stadium. This allows them to have a small crowd, but look huge. 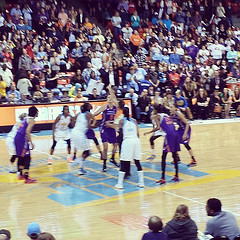 I try to get to at least one Red Stars, Sky, Force and Bandits game every summer, but it's hard with our busy lives. Especially with the short schedule the Force plays. And one year I swear I'll get season tickets to at least one of them!

But first up is a cross-town bout in Chicago roller derby and then we're off to the World Cup. OH YEAH!!!!!!!