20 Years of Swallowing Down that Jagged Little Pill 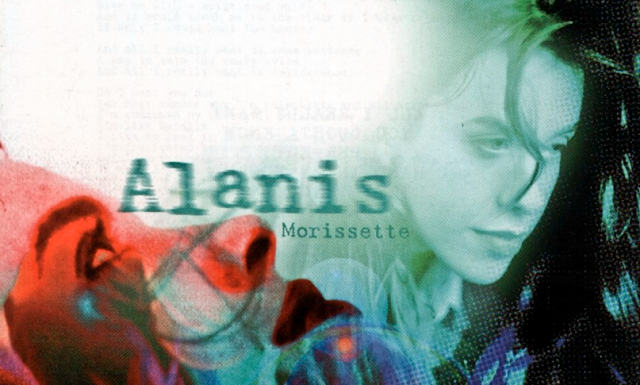 This is how you know that I was not a good riot grrrl. I worshiped the shit out of Alanis Morissette. I've heard all the critiques of Alanis. That she was too pop to be real riot grrrl, but to one 20-year-old young woman trying to find her place in the world, Alanis was the perfect amount of anger at the right time. Every.single. song. on that album spoke to me. And the fact that there was the hidden track? OMG! Mind blown at the audacity.

"All I Really Want" is still one of the best openings to an album. "What I wouldn't give to meet a kindred," spoke truth to the fact I was lacking in close friends at the time. I had friends, but somehow I had failed to make really close friends. I missed a lot during college. I also have a concert tee that says "Intellectual Intercourse."

"You Outta Know" is my go-to karaoke song because even 20 years later you can get a room full of women to scream out "YOU OUTTA KNOW!!" at the top of their lungs. "Perfect" was the perfect song for a girl who was living the life she wanted, but was struggling to reach the high standards she had for herself. I thought I was "Mary Jane." For me being 20 sucked.

But having that cassette tape made it suck a little less.

I was like an Alanis evangelist. I told everyone I knew that they had to get it. Some rejected it out of her anger, but most of them came around.

Then she went on tour. I got to Tower Records early enough that I was first in line AND won the ticket lottery to be the first to buy tickets. This is why I'll never win the Lotto. I barely saw any of that concert despite being front row center because I danced through the whole thing. I was possessed as I swung my long curly hair with her. At the end of the night she tossed daisies and guitar picks at the crowd. I still have mine somewhere in a box.

To read her tell the story of "Jagged Little Pill" and how she bust on to the scene was like a visit from an old friend. You thought you knew her, but gawd damn you didn't know half the story of how bad ass she was. Yes she was commercial, but I didn't have the acces to riot grrrl music that others had. Hell I didn't even find Ani until a few years after college when I former friend said, "If you love Alanis, you'll love Ani." Funny thing is that Evergreen State College was my first choice for college. Birthplace of too many riot grrrl acts to list. Would Alanis had made this much of an influence on me? Who knows. What I do know is that I do not think I would have made it out of my 20th year without Alanis. And for that I say thank you.

And I adore that you did this video.