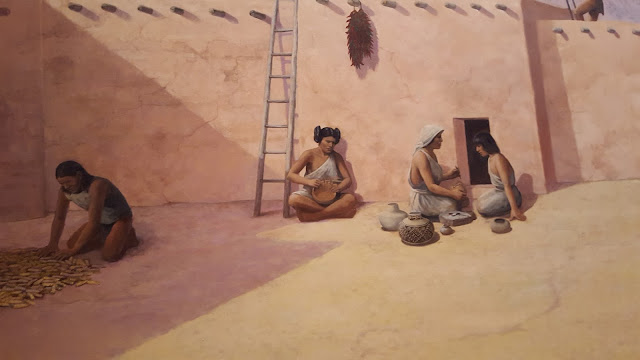 One mural really caught my attention. It was in the Hopi exhibit. I've always need drawn to the Hopi & Pueblo people. Maybe cause they look so Mexican. I mean their lands is where Mexico would set to their empire! Anywho...

The mural depicted a Hopi village. People doing their everyday things. Pretty standard museum exhibit stuff. But some of the Hopi women caught my eye. Specifically their hair caught my eye. Why would an artist give so many of them Princess Leia hair? The cinnamon bun swirls were common in the piece, but I couldn't find an explanation. It was near the end of our visit so I may have missed it! So I did what I do best when I have a question, I snapped a picture so I could research it later. To the Bat Computer! 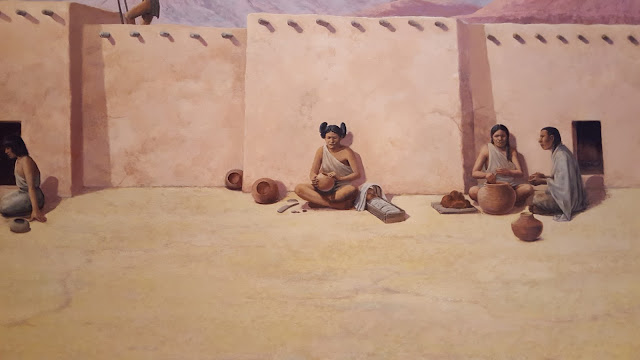 It turns out that the hair style is described as "butterfly whorls" and is worn by women of marriagable age. And when you do an image search the hair actually looks more like Queen Amidala hair. Either way it seems that Hopi hair must have influenced costume design in "Stars Wars." 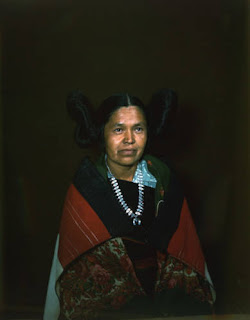 Of course me figuring this out means a demerit on my nerd card since others have been throwing this theory around for years. What can i say? I've been more interested in trying to emulate the style than figuring out where they originated from.

One Native artist,  Steven Paul Judd, made the connection crystal clear with his depiction of Leia with her Hopi sisters. Most of the connections I can find of the Hopi women to Star Wars leads to Leia. But I still contend that the hairstyles look far more like Amidala. What would this do to the Star Wars universe if we did accept Amidala as Native American and Luke & Leia as half? Someone tell me that there is already someone thinking about this and has already written things I can digest.

Yup...this is how my brain works. I can go from studying my peoples to "Star Wars" and back before you can say "Damn you, Lucas!".

I am trying to raise $1,000 for Bitch Media by December 31st. Please consider supporting this almost-20-year-old independent feminist media organization by: