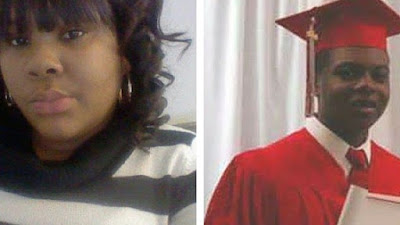 I've been spending the last 18 hours listening to the community react to the release of the video showing the killing of Laquan McDonald. Last night Black youth gathered to march on Chicago as a sign of force and anger. At least five arrests occurred [to support them donate to the Chicago Community Bond Fund], including Malcolm London, a community organizer who was among those who refused to meet with the Mayor prior to the release of the video.

What I want to muse about here is how we talk about organizational and culture change of the police.

Discussing police brutality and the killing of Laquan McDonald and Rekia Boyd is always fraught with minefields. As soon as you start to debate what should be done to police officers someone will jump in with "not all police!" It is true that not all police officers shoot their guns recklessly. And that is where we start to lose the debate - we cannot focus on individual officers when discussing change. Yes, having the officer charged with murder is a great step, but if we focus on just what his punishment will be, we will lose momentum for real change if he is found guilty and sent to prison.

Rather we should focus on the police officers who stood by watching the officer who killed Laquan to empty his gun into the body of a child. What type of culture are our police operating in that no one tried to stop him? I understand the bystander effect - the phenomena whereas being in a crowd makes humans less likely to step in to help. Coupled with this is are ever present elephants of racism and sexism, not to mention the privilege of being a police officer. Written into the laws of this country is the OK to use lethal force if needed....then to have "if needed" defined by each officer. Then there are the police officers and city officials who knew there was a dash cam video and did not release it or act on it. I understand that disciplining police officers takes more time than charging a citizen with a crime. But 400 days is excessive. Plus the sense that we would not be at this moment if media had not sued to have the video released.

There is a culture that has been built to not just protect the police because their jobs are tough, but to always believe the police. Malcolm London was arrested and accused of hitting a police officer. Everyone who has worked with him, including a Chicago Alderman, has said there is no way London would have done that. Demonstrators on a Periscope last night were accusing the police of calling women in the crowd bitches. How do you decide if the police would do that when they are at the center of our attention or not? Are they that certain in their cultural protective status to do such a thing?

So yes, not all police will gun down a teenager with a knife, but yes all police operate under a culture that allows other police officers escape accountability.

We need to change the police system to refocus on police keeping the peace through peaceful actions. Too many of these killings have occurred over trivial incidents. Laquan was thought to be vandalizing cars. Is that really a crime we want our police to address by using lethal force? Do we really want the punishment of refusing to follow police orders to be shot 16 times?

Chicago Police Superintendent Garry McCarthy said in yesterday's press conference, "We have a tragic ending to -- unfortunately -- a tragic life of a young man, who was betrayed on a number of different levels,"

Yes, yes we do. And while I appreciate the profile that Mary Mitchell offered of Laquan, it continues to focus on an individual. How did we allow a system to be built that "saved" a child from a abusive home only to deliver him to state-sponsored abusers in the foster care system? Let us not focus so much on how hard Laquan fought to survive the system he lived in that we fail to see the forest we allowed to grow around him.

Many of us will point to the police and yell "shame." But I ask you to stop and consider what part you played in building this system. This examination does nothing to take away from the responsibility that the officer who killed Laquan must face. Rather it should push us to do better, demand better from our elected officials, vote every single time, vote for candidates who respect all parts of Chicago, question authority, and respect each other.