The pay gap that the US Women's Soccer team plays under has been an issue for decades. The team went on strike in the 1990s. Even as the team was fighting towards their third World Cup the media covered their wage gap. Now the team is fighting for fair pay. But soccer is not the only sport that shortchanges women players. Equal pay is just one topic that should be discussed at an upcoming event in Chicago on women's sports. The inequity of women athlete salaries is often dismissed to the lack of fans who attend games, thus less sponsorship dollars and on and on. But it trickles down to unequal playing conditions in high school too. Hopefully this gathering of women's sports influencers will craft some sort of plan to tackle the inequities of not just salaries, but media attention that often drives fan attention. If I can see developmental league basketball on ESPN, I should be able to see professional softball and basketball. 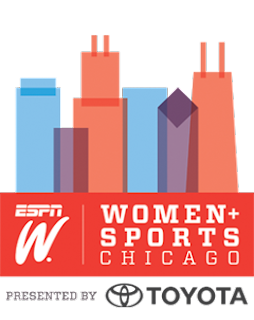 While tickets are $595, if you are a student you can email ESPNw for a discounted rate.
Labels: events sports