EVENT: Fantasy Island For Dummies (too near, too near) 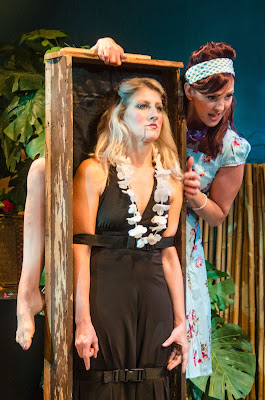 I received information on what looks like a fun show in Chicago. I hope to make it there before it closes. If you get there first, let me know what you think.

The world premiere of

Fantasy Island For Dummies
(too near, too near)

Admission: $20 on Thursdays and Fridays; $25 on Saturdays, Special two-for-one admission on Fridays

What: Fantasy Island for Dummies (low cut daydream too near, too near) is a new music-theatre work inspired by an episode of the iconic television series about the pleasures and perils of wish fulfillment. Devised in a collaborative exploration with Trap Door Theater actors, the piece is written by Ruth Margraff and directed by Kate Hendrickson, with original music composed by Pink Velvet. A 1980 “Fantasy Island” episode about a ventriloquist and her devious dummy inspires a voyage into suppressed identities, ancient Babylonian sex goddesses, and a “perfect wife” struggling with her defiant side.
Labels: events