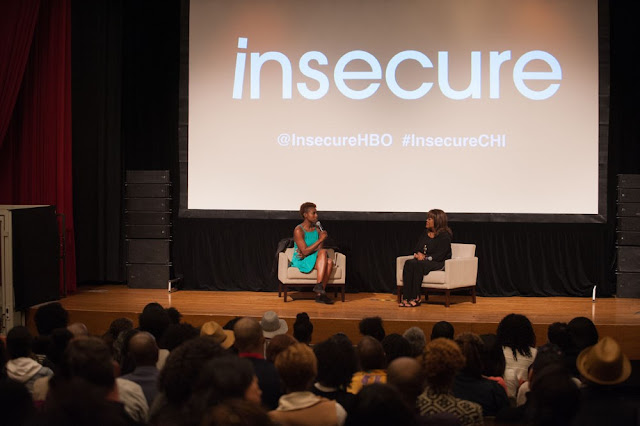 Issa Rae gained wide recognition through an honest look at life in her YouTube series, “The Misadventures of AWKWARD Black Girl.” This weekend Rae’s HBO series Insecure debuts and you really shouldn't miss it.

Insecure introduces us to Issa Dee as a late-20s single woman in a dead-end relationship and possibly dead-end job. But it is the awkwardness of Issa’s human interactions that are the star of the show. From her half-assed way of breaking up with her utterly unromantic boyfriend to her spectacular fail at a new guy, Issa is living up to the show’s name. Issa's bestie, Molly, who appears to have it all together, doesn't. It's their friendship that will carry this show through the exploration of being modern-day Black women.

The scene that best exhibits the brilliance of Insecure's writing team and the promise of the show is when Issa and her coworkers are brainstorming at the nonprofit. Despite being a nonprofit that works with youth of color Issa is the only visibly person of color on the staff. And the rest of the staff’s view of what will help youth of color will seem all too real for those of us who have been "the only" in a room. I truly believe that if this scene offends you, you have some issues to address. If you get this scene and laugh, you get it. You get why the white savior complex is a real issue and that good intentions are not good enough. You get why it is wrong to serve a population yet have almost no one from that population on your staff. 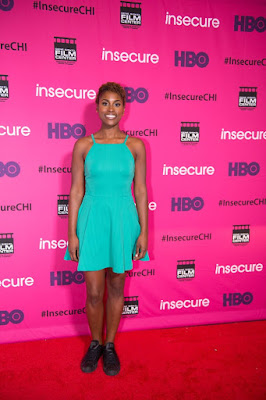 I was lucky enough to attend the Chicago premiere showing. This means that I got to hear hoots and hollers when the best scenes occurred. This show is funny has hell, people. If you have HBO or HBO Go, make time to watch.

Disclaimer: I was invited by HBO to attend the premiere. Outside of apps and a free beer, I received no compensation for this review.
Labels: reviews TV women