Hear me out friends.

Disney's The Little Mermaid is my favorite classic princess movie. I saw it multiple times in the theater as a teen and have seen it enough to spot the plot a mile away. So let's do this.

Ariel is a girl who lives in a protected world free from humans, dreams of adventure, and is super curious about humankind.

Diana is a woman who lives in a protected world free from men, dreams of adventures, and is super curious about men.

One day a storm/war casts a man into the water and Ariel/Diana dive in to save him despite knowing contact with a man is going to make her dad/mom really upset. She brings him to the shore and when he wakes up he sees her...

In The Little Mermaid, Eric "forgets" all about Ariel after the beach. Where in Wonder Woman, Diana stays to fight alongside Steve. But both Ariel and Diana end up venturing out into the world of humans...

They are both fishes outta water (Ariel, literally!) and find human artifacts to bring them much joy. Forks. Ice cream. Tiny humans.

Both arrive into the world inappropriately dressed and must find suitable clothing. Both have to get to use to wearing human clothing.

They each go on adventures. Ariel has to help save her bestie Sebastian, who for the record is the one who has to survive a gauntlet, aka No Crab's Land. Whereas Diana is the one who survives "No Man's Land." As a reward, they get taught how to human dance or sway. Also for the record, both Eric and Steve are fans of the huge collar. 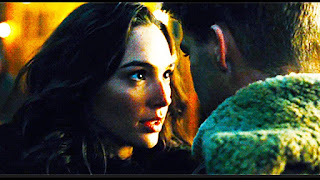 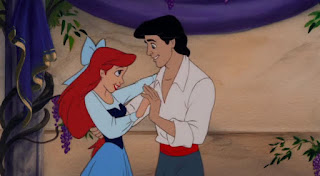 In the final battle of each movie, it is Ariel and Diana on their own. Ariel must battle Ursula, who was in disguise as Vanessa! Where Diana must battle Ares who was in disguise as Sir Patrick!! Both have to dig deep to locate their power. They find their strength in the love they have for the men in their lives - King Triton and Steve Trevor - in order to defeat their enemies.

Sadly there is where the parallels truly end as Ariel gets her happy ending with a big poofy wedding dress and the blessing of the King. Whereas Diana is left wondering what could have been. On the plus side, she does learn the truth about herself. Not to mention I don't recall punch-dancing my way out of the theater post-TLM.

And don't forget this last factoid...


THEY ARE BOTH PRINCESSES!!

Seriously though, I started to put together this post the first time I saw Wonder Woman. Then I tested the water by telling a friend my theory and he bought it. So when I went for the second time, especially to write my official review, and caught more common plot points I knew I needed to write this up. Then I decided it had to be in mostly gifs. Sadly Wonder Woman still doesn't have a lot of gifs so this post isn't as awesome as it could be. I'm sure someone will try to rip this to pieces for being an offense to feminism or something, but I don't care. I'm having fun merging two of my favorite movies into one plot line. 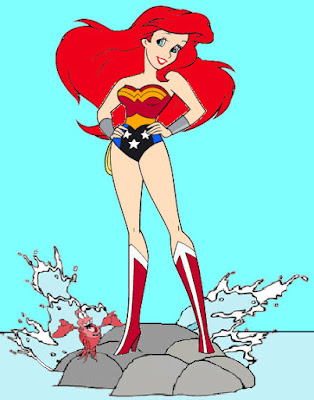