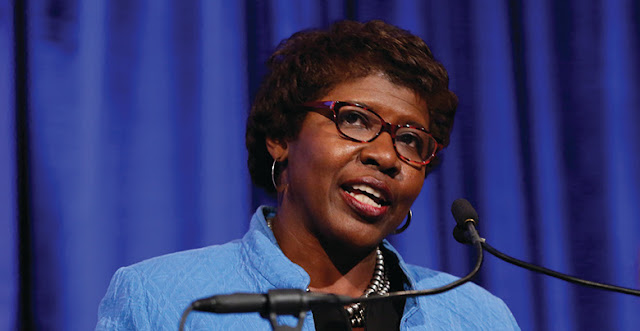 The loss of Gwen Ifill is one of those pieces of knowledge that causes me to stop breathing when I remember it. At a time when we need hard-hitting journalism, there is a gaping hole in our media without her. The folks at the International Women's Media Foundation (IWMF) feel the same way as they just announced a new award in Ifill's name:


Ifill was a bright light in the news industry, an incredible role model and mentor for young journalists – especially women journalists of color – and a friend of the IWMF. The Award will be given annually to an outstanding woman journalist of color whose work carries forward Ifill’s legacy.

In addition to the award, the IWMF will develop a corresponding program focused on mentorship and network building. It will be open to both journalism students and women journalists of color working in the news media.

Candidates for the award will be evaluated on criteria including their record of outstanding achievement in journalism, and the extent to which they represent the values Ifill embodied, including in the areas of mentorship, leadership, and commitment to diversity in journalism.

Ifill left us with a rich legacy and inherent in that legacy is a challenge to keep moving and doing better. Hopefully this award and program will fulfill both that challenge.
Labels: media women