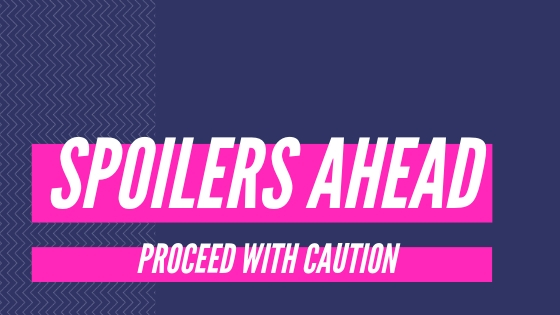 Spoilers head for Spider-Man into the Spider-Verse and Avengers: Endgame.

.
.
.
.
.
.
When Stan Lee died many fans were quick to point out that his legacy is much more than just comic book characters, but the messages that those characters endear to us. He spent years reinforcing those messages on his Soap Box. It is with his words about the power of love in mind that I outline that Avengers: Endgame is a film about grief masquerading as an action flick. Grief is everywhere in the film - appropriately since it takes place in a post-snap, post-apocalyptic universe. The grief of Thor is central to this lesson, but is the one most undercut by humor.

Avengers: Endgame begins with Hawkeye losing his family to Thanos' snap. And this snaps something in him causing him to become a vigilante. Rhodey reports to Nat of his slaughter of Mexican gang members. Nat finds him in Tokyo after his latest slaughter. We first see Thor upset because he did not go for Thanos' head, allowing Thanos to complete the snap. He makes sure not to repeat that mistake by beheading Thanos to stop his holier-than-thou speech about why the snap was good, blah, blah. After Tony is saved, he is so upset about the snap (most likely because of Peter Parker) that he collapses. Of course Tony is always upset about something, so grief or Tony? Your guess.

Five years after the snap, Steve Rogers runs a grief support program encouraging others to move on. Then he remarks to Nat that they can't move on. When it is time to get the band back together, Bruce/Hulk and Rocket find Thor in a deep depression - he is heavily drinking, staying in his home, and gaining weight, presumably due to over eating (the fact he is a god is to be ignored). Whereas Steve & Nat identify that they are stuck in grief and regret, Thor's grief is played off as a joke.

The first time I saw Avengers: Endgame the entire theater gasped at Thor's beer & pizza belly. I know I did. It was shocking especially compared to the scene in Infinity War where Thor's perfect body is compared to Peter Quill's non-Godlike body. And it should be noted that while his body was perfect, Mantis does say Thor is filled with grief. Back to Endgame...On my second watch, I paid attention to how Thor's belly is framed and lit to highlight it as a gag instead of a manifestation of his grief.

Later on when Thor is discussing the Reality stone and how he needs to time travel back to Asgard, he starts to mourn the loss of Jane as a girlfriend, his mother, and ends before getting to losing his father, brother, Loki, and Asgard itself. But when he gets to Asgard he is overcome with emotion at the sight of his mother on her deathday.

Rocket rightfully does some truth telling - how he is not the only one who lost something from The Snap. That they have a job to do and if they do it, they can put things right. I even accept the slap! But what I don't accept is how the slap played as humor. Rocket dug deep into his own trash-filled soul to give some tough love. Maybe the humor was there to take the edge off the heavy moment. We'll return to this idea later.

As mothers are apt to do, Frigga can see his pain in his face. She counsels him that even he is like everyone else in terms of failing, but that doesn't mean he stops trying. Frigga even gives him direction by telling him to be who he is, not what he is expected to be. That's some real mom truth-telling there! To cap off the scene Thor summons Mjolnir and when it arrives he exclaims, "I'm still worthy!"

Thor's journey through grief and embodiment as a pot belly is played off as a joke. Compare this to how Spider-Man into the Spider-Verse handled Peter B. Parker's grief and depression. Yes, it was played off as a joke at first, but Peter B. offers up some hard truths to Miles about #ThatSuperheroLife, marriage, and how sometimes heroes don't get the happy ending we assume they do. His longing for a second or third chance with Mary Jane is palpable. Which is why I bawled when he showed up at her door at the end.

Given that the target audience for superhero movies is still young men and boys, Marvel has an enormous opportunity to normalize grief for a population that is obviously struggling with their emotions. When men experience mental health issues, including grief and depression, they are more apt to lash out than women. In fact they often lash out at the women in their lives.

Violence by men and boys is a national epidemic. Gun violence. Intimate partner violence. Sexual violence. All are disproportionately inflicted by boys and men. I for one do not believe that it is because men and boys are somehow inherently terrible human beings, but our society warps them into ignoring their feelings AND tells them that they way to get things out is to lash out at others. This is royally fucked up.

What if Rocket had hugged (I know, hard for our fave trash panda to hug our fave Norse god) instead of slapping him, or after slapping him, much like the hug that Tony gets to give to his father and Peter Parker? We get a taste of this empathy when Bruce/Hulk talks to Thor in New Asgard.

Can you imagine the impact on the young men and boys sitting in theaters around the country and the world if Thor's depression and grief had been given the same weight as Tony's death? Grief makes us all feel weird. We don't like to talk about grief. After my mom died, I had a few people in my life tell me to get over it so I could move on with my life. We don't know how to deal with grief, so we tell people to get over it or make awkward jokes. I don't think we needed Thor to end up with a grief counselor, but more acknowledgement of his losses and less jokes and body-shaming would had been awesome. Especially in light of the overwhelming sense of grief everyone was carrying throughout the movie.

If Stan Lee's legacy is a catalog of superheros that inspire us to be our best selves, why not include being inspired to talk about our grief and understanding that eating a salad will not resolve our depression-weight-gain.
Labels: body image mental health movies reviews