My fingers didn't know what to do. They sat on my keyboard unsure of what words to type out as my mind was paralyzed by the harrowing picture that Dr. Susan Wicklund paints in This Common Secret. After decades of following the reproductive rights movement and being an activist for the past decade, I thought I had an idea of what was going on. I thought that I *knew* things. I knew nothing. Dr. Wicklund and by proxy every abortion provider in this country are heroes. That's not hyperbole either. Them and their loved ones go through a gauntlet that most of us could not survive.

Dr. Wicklund tells her tale starting just before she decided to go to college AFTER being a young mom and eventually heading off to medical school. After becoming a doctor she weaves in stories of the women and girls she met in the clinics she worked in. These are heart-wrenching stories of despair, rape, incest, and eventually hope. I first learned of this book through the Fall 2007 issue of Ms. Magazine. They printed the first chapter of This Common Secret, which I've read many times, yet rereading it a few days ago still made me have to put the book down and weep. If you plan to read this book and you should, grab a box of tissues, you will need them...a lot.

Dr. Wicklund's courage is not isolated in her performing abortions. She tells a tale where she discovered during medical school that med students were learning pelvic anatomy and the attending physician "told us that the best way...was to do an exam on a relaxed pelvis and that a woman under general anesthesia was ideal." Dr. Wicklund quickly realized that women coming in for gallbladder surgery and other non-ob/gyn related surgeries were being used without their consent to teach pelvic anatomy. That ended when she spoke up and threatened to go to the press.

She doesn't pull punches in her descriptions of abortion procedures. Dr. Wicklund calmly and simply explains the most common surgical procedure which has the largest mythology. At one point, she even takes a protester for a cup of coffee to explain it to him. He never again showed up outside her clinic.

Yet, it is her retelling the anti's protesting not just outside her clinic, but barricading her and her family in their home that shattered me. I've heard of anti's showing up outside people's homes, but never in such details. Never had I heard such unlawful acts described where law officials simply refused to do anything about. Yes, Dr. Wicklund practiced in rural areas, but still I need to believe in the rule of law, even when my brain tells me that law is nothing when those charged to uphold it don't believe in it.

The tale I focused on was of Dr. Wicklund and her daughter, Sonja. For years they were separated as Dr. Wicklund traveled from clinic to clinic on an almost daily basis. A few days here, a few days there, Sundays at home. One might want to blame Dr. Wicklund for sacrificing her daughter for the cause. Rather I blame us for not providing enough clinics and providers. Can you imagine a world where plastic surgeons had to travel and work 100 hours a week to reach areas without a provider? Sonja writes the epilogue, for which I will forever be grateful. She gives the memoir the closure it needs. She also gives us activist mamas hope that despite our nights spent gathering petitions and days lobbying our elected officials that our kids will grow up fine and still love us. Heck, they might love us more because of what we do. 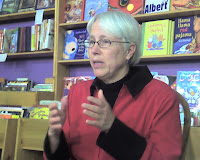 The best part was reading how Dr. Wicklund was able to provide abortions the way she wanted to provide them. A terribly not-so-kept secret in the pro-choice community is that some providers suck. They treat their patients in a cold manner. In the office and out the door. Who can blame them? Most abortion clinics are booked solid each day. Well, Dr. Wicklund does and she set up her clinic to the model of ethics, morals, and sensitivity each of us want when we've visiting our doctor whether it is about our annual exam or for an abortion. It was her sensitivity and personal need to talk to each patient thoroughly that helped identify a father raping his daughter, another father realizing the folly of his ways & finally breaking down to comfort his raped daughter, and countless women who really didn't want to have an abortion who only came to realize their faux-decision after Dr. Wicklund would refuse to perform the procedure.

It's also this attitude that allowed Dr. Wicklund to call the anti's on their hypocrisy. In one chapter she recalls figuring out that a young woman did not want an abortion, but because Dr. Wicklund would provide it for low- or no-cost, she "chose" it. Dr. Wicklund picked up the phone and called the "crisis pregnancy center" and told them that either they get their doctor to provide pre-natal care and delivery the baby for free or she'd do as the young woman asked. The woman had the baby.

In the end this book is about one thing - choice and how many women aren't accessing the full range of choices. It is about why women do chose abortions, "Women have abortions because they want to be good mothers."

And one gawd damn awesome mother provided them.

~~~
This is part 4 in an unplanned series on Dr. Susan Wicklund and her memoir This Common Secret. Here are parts one, two, and three.

You can purchase This Common Secret at Powell's, an indy bookseller, or Amazon. The paperback edition is scheduled for a December 29, 2008 publication date.