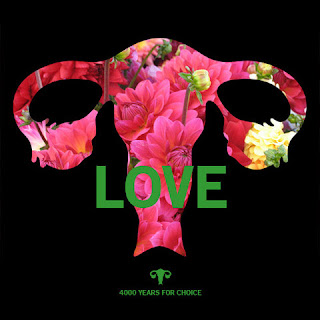 The NY Times broke new ground earlier this week when they published Udonis Haslem of the Miami Heat and Faith Rein's wedding announcement and included how they decided to abort a pregnancy while they were in college. It is little shock to me that this story is popular. One of the most popular posts for this blog is one where I mused about why we rarely hear about abortion being part of love stories.

Popular culture is filled with stories of men who push women to have abortions. That they are emotionally wrecking to women. That abortion happens when a man walks out on a woman. Yet, rarely do we see or hear about couples who are deeply in love, yet know that having a baby RIGHT NOW is not the answer. That it may actually harm their love and thus impair their ability to parent to the best of their ability. And before you think that is selfish, I am sure we all know some couple who had a baby, split and now are the worst of enemies that their parenting is seriously impaired by their hatred and hurt.

I hope that Udonis and Faith's story helps not only change the rhetoric around abortion and love, but also couples who are going through or will go through that same difficult decision.
Labels: abortion