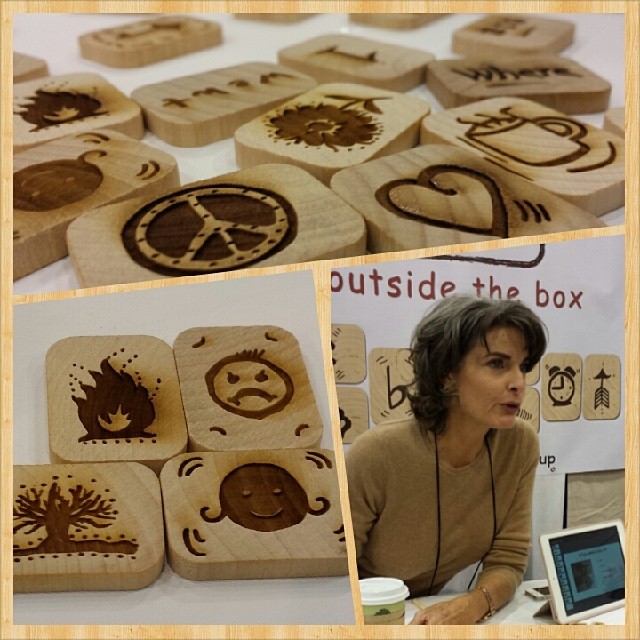 Another ChiTAG Fair has come and gone! And again it was a blast.

Disclosure: The whole family attended on my blogger media pass. We also were treated to a continental breakfast before the fair opened. After completing a series of scavenger hunt items, we received a swag bag.

First, the swag bag wasn't filled with a lot of items and most were for little kids. But there was a Shoulder Buddy in there, that I really did not think Ella would like, but she loves it! In case you aren't familiar with them, it's are a mini troll that has a magnet at its base and the person who is wearing it puts a magnetic coin under their shirt on their shoulder. TaDa! The troll-like creature sits magically on your shoulder. 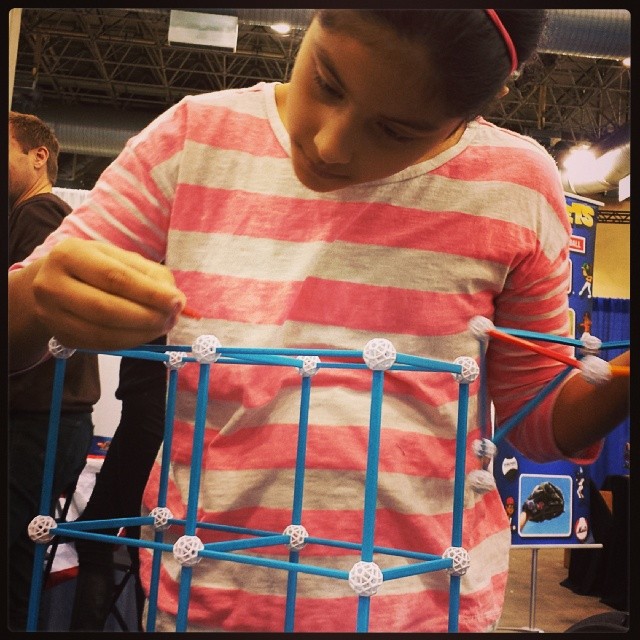 One game we fell in love with and put on the wish list was "txTylz," created by the lovely Joan Severance. Yes, that Joan Severance! See her in the photo collage above. She explained that this is a fun decoding-like game. There are all these tiles with drawings on them. You use these tiles to create phrases. Can you tell what phrase I spelled out?

Another toy that we put on the wish list was Zometool, seen in the photo to the right. It's a basic building set with a variety of rods that fit into spheres with different shaped openings (triangles, rectangles and hexagons) that build whatever you want! The whole family sat down and made our own Zometool creation and then we connected them into one megaZometool. It was simple and so much fun! 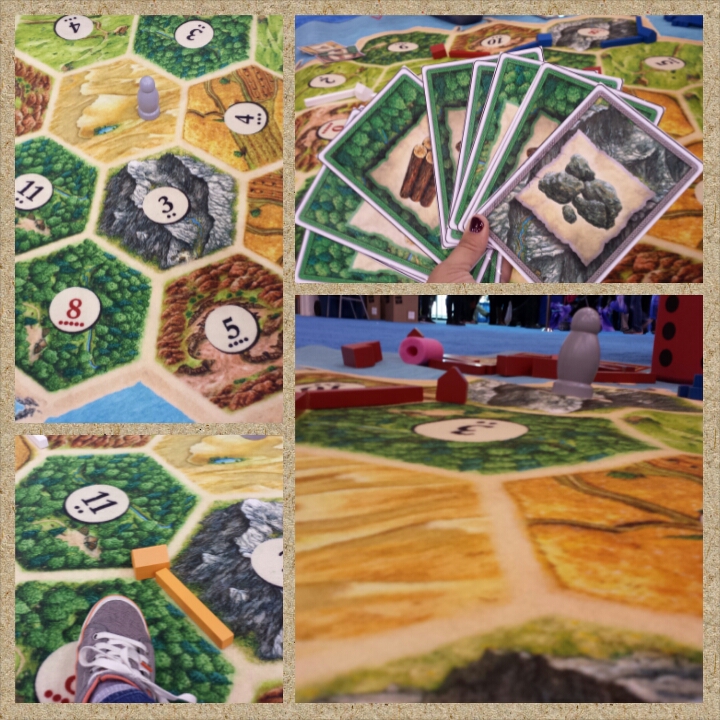 We also finally learned how to play "Settlers of Catan." On a rug-sized game board! We didn't pick it up, but it also landed on our family wish list. I honestly only stopped because Facebooking a strategy point was on my scavenger hunt list. Some of our BFFs play this, so it's not like we don't have opportunities to learn.

But how could anyone pass up these GIANT game boards?

The game we did come home with was "Word Winder," the brainchild of David Hoyt -- He does the USA Today puzzle section & one of the highlights of traveling. "Word Winder" can be played with up to three players (perfect for us!) and the object of the game is find words, in snake-like fashion, winding its way from one end of the board to the other.

The only downside to the day was that GoldieBlox was nowhere to be found. The founder was at a breakfast on Saturday, so I assumed the much-talked-about game would be on the floor. MAJOR disappointment.

Overall, the Chicago Game and Toy Fair was a great time. If you didn't go this year, be sure to keep an eye out for next year's dates! And of course I hope to offer up some free passes again.
Labels: reviews