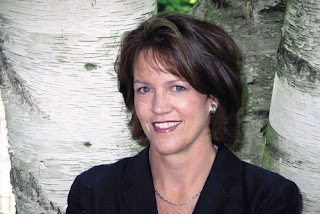 This summer espnW is celebrating Title IX, the federal law that has provided girls and women access to athletic programs, with nine films. One film, "Let Them Wear Towels," which premiered July 16, documented the rise of the woman sports journalist and their biggest hurdle to success -- the locker room.

Today we don't bat an eye to see journalists, like NBC Chicago's Peggy Kusinski, grab an athlete right after the game and pepper them with questions. Sometimes she's in the locker room, sometimes she's on the sideline. She goes where she needs to get the story. And that is exactly why in the 1970s and '80s women sports journalists fought to gain access to the sweatiest and grossest place in sports. Earlier this year, WBEZ's Cheryl Raye Stout proclaimed her gratitude to former Chicago Bear Jim Harbaugh for questioning the policy to not let women into locker rooms. If we had to rank the feminist battles of the 20th Century, and some people like to do that, this might not be in the top 10. But it no less important than other glass ceilings that continue to be shattered.

I had the honor to speak to award-winning journalist Christine Brennan about the early part of her career, what the future holds for women sports journalists and how young women can take inspiration from her generation's battle.

VLF: I have to say that I watched what your generation had to endure in the locker rooms and am in awe. The poise you had in the face of some awful treatment and harassment is inspiring.

CB: Thanks, there were times when I would be the only woman in the press box. But most of the women in the film were ahead of me by a few years, five to seven years. They opened a lot of doors for me. I personally do not have any horror stories, at least not like what the other women went through. I was pretty lucky. In fact, I often I didn't notice I was the only woman. I wasn't looking for it. I was honestly blissfully ignorant that I might be the only woman in the press box. I was so focused on my job, that nothing was getting in my way. It was the men who would usually be the ones who pointed it out to me.

VLF: "Let Them Wear Towels" is set in the 1970s and '80s, yet there are still fields where women still feel as one of the few women. What message could today's young women in those fields, especially science and engineering, take away from this documentary to help them with their lives?

CB: I feel that if you have naivete and gumption, if you can combine those two then you got what you need. You can't always sweat the small stuff. Continue to do your job and hopefully do it very well. The women in the film were my mentors. You can see that they had great spirit and that nothing was going to stop them. This film is about winning. We won! If you can persevere, you will be fine. You are on the correct side of the issue. Inclusion will always win.

VLF: Yes, this film is about a huge win. BUT... to what extent are the highest echelons of sports journalism still a boys' club?

CB: I was just at the Association of Women in Sports Media conference. It was the 25th anniversary conference and had the largest turnout. That said, it certainly would be wonderful to have more women as sports editors and directors. Billie Jean King likes to remind us that we need to be charge. I do want to point out that the largest circulated sports section is at USA Today and our editor is Mary Byrne! But we can still do better. With that in mind, we need to remember that budget constraints are hindering the hiring of women sports journalists. We will get there, but it will take time.

VLF: What responsibility do you believe women sports journalists have to women's sports?

CB: For me, I cover far more men's sports than women's sports. But I did calculate my work for 2012, 25% columns were about women and that was in 2012 an Olympic year. Olympic years always see an upswing in reporting on women's sports. I do see myself as being aware of what is happening, alerting editors and writing about it. But I am not a promoter of only the good news. No one was more critical of Tonya Harding or Marion Jones than I was. I do not promote women's sports, but I do cover them. When I was at the Washington Post, every year they covered the men's US Open, but not the women's US Open. I went to my editor, pointed this out and he agreed that we should cover it, so I went. Over the year, eventually the golf writer took over the coverage, which was a good thing. When they're not writing glowing pieces, but covering the event.

I did express my disappointment in men coaching women's sports, especially when US Soccer hired a man as a head coach. He's a great guy, but his hiring sends the wrong message. The US women's soccer team is the most visible team and to have a man as head coach, when we have plenty of qualified woman after a generation of them playing and coaching soccer, it is just the wrong message. Girls who look up to players like Alex Morgan should see her being coached by a woman.

VLF: It is clear that there is a strong sense that one needs to be beautiful to get a broadcast job, even in sports. I was watching a sports talk show and half of the men were very schleppy looking -- wrinkled polos, beer guts, not clean shaven. When will we get women on sports shows that look like that?

CB: I hope we don't, cause that's gross! I have to say that we're closer than people think to seeing parity in sports talk shows, including having women who are not traditionally beautiful. Yes, we see beautiful women on the sidelines and I root for them. And I am especially rooting that when they are 50, that they are doing as much TV as they are now. I do not have beauty pageant looks, but I am doing more TV now in my 50s than ever before.

I know that I am getting all this TV not because of looks, but talent, brains, and opinions. Looks come and go, but you can't lose your brains, smarts, talent. We have been blinded by some hiring -- but I still root for them -- but I really think we are almost there at parity. Just look at all the veteran women who are thriving on air. I think you need to be smart to be on TV. Sure, we still love good-looking people, male or female, but sports is welcoming of veterans too, the not-so and good-looking.

Tune on Tuesday, July 23rd for the next installment of the #NineoforIX  series with "No Limits," the story of Audrey Mestre who died on Oct. 12, 2002 while attempting a world-record free-dive off the coast of the Dominican Republic.